Why I’m Not Producing the Book Trailer for UNREMEMBERED 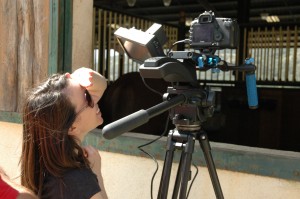 For the past 5 books, I have produced my own “Hollywood-style” book trailers. And I’m slightly sad to say that I will not personally be producing one for UNREMEMBERED, the first book in my upcoming sci-fi trilogy (releasing March 5!). All is not lost, however. The good news is, my fabulous publisher, Macmillan Children’s Group will be producing and releasing a trailer for the book THIS month!


So there’s the fact. Here’s the question:

“Why are you not producing a book trailer for UNREMEMBERED?”


People have already started asking me this and I assume I will continue to be asked so I thought I’d pre-empt the inquiries with a blog post!

I’m not going to lie. This was a very difficult decision for me to make. Creating my movie-style book trailers is a labor of love for me. It stretches creative muscles that are completely different than the ones required for writing the books. And I honestly have so much fun doing them! But in the end, I opted not to produce one myself this time around. And here are the two primary reasons behind my decision. 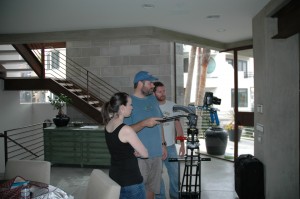 1) Time – Producing the quality of book trailer that I produce is extremely time consuming. It requires about two months of time, dedicated almost exclusively to the production. About 1 month to write and polish the script, scout locations, hire a crew, audition the cast, and film the trailer. And then another month to edit the trailer, find music to license, and various post production (like sound mixing, color correction, and any graphics that need to be created). Because the second book in the trilogy, UNFORGOTTEN was due last month and the trailer for UNREMEMBERED would have needed to be complete and ready to post this month, the timing would have been quite impossible. If I had attempted it, the manuscript for book 2 would have suffered tremendously, or the book trailer would have not turned out as well as I would have liked.

2) Exhaustion – Because my books have typically been released in the summer, one year apart, I’ve normally had a full year of recovery between trailers. This book has been scheduled as a winter release and is coming out only 7 months after 52 REASONS TO HATE MY FATHER. As I mentioned before, creating these quality of book trailers is a LOT of work. I normally feel incredibly burnt out after each one. And really do require the full 12 months to renew and refresh my enthusiasm for the process. It was only a month after I’d finished the 52 Reasons book trailer when my publisher told me we had to start thinking about the next trailer and to be honest, I felt very overwhelmed at the thought of starting over. And so when they offered to take over the responsibility, I gratefully accepted.

Will I ever create a book trailer again? Absolutely! Just not this time.

The book trailer for UNREMEMBERED is already in production by my publisher and is nearly done. I will admit it’s been difficult for me to be removed from the process but Macmillan has been tremendous in including me as much as possible. For instance, I helped draft the script and I was able to approve visuals and music before it was put together. And they recently showed me the first cut and I was able to give notes. So I’m very grateful that they’ve kept me in the loop on the process. I have full faith that they will produce something wonderful that will highlight the book in the best possible way. And hopefully next year I will be able to resume my duties as producer/director for the next book trailer.