The Fidelity Files and Love Under Cover – Giveaway!

To celebrate the exciting news about THE FIDELITY FILES and its sequel LOVE UNDER COVER being optioned for FILM, I decided it’s only appropriate to give a few autographed copies away!

This week, I’ll be giving away three sets of The Fidelity Files and Love Under Cover to three lucky winners! Use the widget below to enter (open to all countries).

*Please note, these books are women’s fiction (not teen fiction.)

Read all the details of the film deal here!

Here’s a little about the two books: 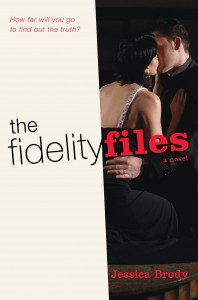 Working under the code name Ashlyn, Jennifer Hunter is hired by suspicious wives and girlfriends to conduct her infamous “fidelity inspection” on the men in their lives.

But Jen’s double life starts to take its toll and her friends and family suspect that the reason she never dates is more complicated than the demands of her supposed “investment banking” career. And when a suspicious email surfaces with her picture on it warning men of her real motives, Jen fears that her secret identity is in danger of being uncovered. Just when it seems like nothing is going her way, Jen meets sexy, sophisticated Jamie Richards. She knows there’s no room for real romance in her life, yet she finds herself drawn to him. But before she retires her secret agent self for the sake of true love, she takes on one last assignment – a job which will permanently alter her perceptions of trust, honesty, and love. 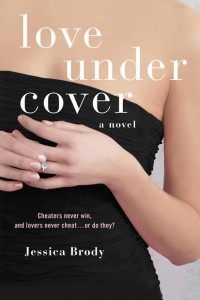 Jennifer Hunter never saw herself as the relationship type. After all, she’d spent the last two years of her life as an undercover fidelity inspector, hired to test men’s faithfulness—not exactly the kind of job that lends itself to intimacy. But when Jamie Richards walked into her life, everything changed, and Jennifer vowed to trade in her undercover lifestyle for something more normal.

That’s why she formed the Hawthorne Agency: Five full-time fidelity inspectors, hired to carry out Jennifer’s mission while she manages the process from a safe (relationship-saving) distance. But a surprise proposal from Jamie leaves her wondering if the “normal” life is really meant for her. Can a former fidelity inspector who’s seen nothing but failed marriages ever come to terms with tying the knot herself? And when she receives a frantic phone call from one of her employees in trouble, she’s faced with a choice: fulfill her obligation to the client who needs her or honor her promise to the man she loves.