This week, we have the oh so fabulous (and not just because she has the world’s biggest collection of fabulous shoes) Gretchen McNeil, author of POSSESS and most recently TEN (Ten teens, three days, one killer) which pretty much has the coolest book cover I’ve ever seen!

And to celebrate Gretchen coming on “Unremembered Monday,” I’m giving away a copy of TEN right here on the blog!

Check out Gretchen’s post below! It gave me serious chills. 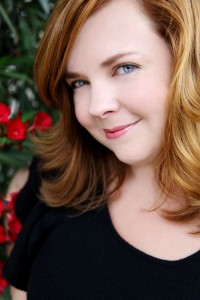 It’s funny how things haunt you.

Decisions I’ve made, things I’ve said, choices that seemed like a good idea at the time but inevitably led to (a) physical injury or (b) massive social embarrassment.  These moments come back to me periodically, bit of my life I wish I could forget.

One of the problems with forgetting a bad memory, a stupid action or a callous remark is that those choices make up the fabric of my personality.  As much as I’d like to forget the time my first boyfriend broke my heart, or the day I injured my knee playing soccer and discovered the surgery necessary to repair it would end my soccer career all together, or the day I found out that my father had been lying to me for basically my entire life…  Those experiences and the memories of both the joy and the pain inherent to them, have made me who I am today.  The good, the bad and the ugly.

And yet there is one decision, one horrible lapse in judgment, that still comes back to me time and time again.  I could probably live without that one still logged in my memory banks.

I was never a bully.  Far from it, I was usually on the receiving end of the joke, taunts and name calling that makes up the elementary school social hierarchy.  It sucked, but most of the time, I just took it.  Until one day, I snapped.

I wasn’t the pretty girl in school.  I wasn’t popular.  I wasn’t wealthy.  I wasn’t girlie.  I didn’t wear the right clothes or listen to the right music.  But I was smart.  Smarter than the kids that teased me.  So that’s what I used the day I fought back against one of my tormentors.  I’ll never forget: she called me a “dyke” which was a word I didn’t actually understand at age 9.  But it made an impression as a chorus of “ooooo” and “aaaaah” went up from the kids gathered around.  And this time I fought back.  The girl – my tormentor – had trouble in school.  Especially with reading.  I realize now she was probably dyslexic, but listening to her read out loud in class was a slow, painful process of stumbles and stutters.  And I went after that weak point like a cheetah to a gazelle’s throat.

I remember quite clearly the look on her face when I made fun of her reading.  I called her stupid.  I called her an idiot.  I told her that when we were far from that school and she was working as a truck stop waitress and I was the first female President of the United States it would just be payback, because she was never going to college, never getting a good job and never amounting to anything.

I think I half expected a slap in the face.  I certainly wasn’t expecting the tears.

I remember there was a phone conference with my mom and her mom and our teacher and principal.  I remember my mom sitting me down and telling me that this girl had a lot of problems, and that in the future I was just supposed to ignore her.  I remember most vividly, that my mother was disappointed in me.

So that’s a memory I’d have erased.  A memory of a day I let myself down.

Because it still haunts me.

I love that story. It haunts me too! Thanks so much, Gretchen!

Now let’s haunt a lucky reader with a free copy of TEN! Use the widget below to enter. (Giveaway is open internationally)

ABOUT TEN:
Shhhh!
Don’t spread the word! Three-day weekend. House party.
White Rock House on Henry Island.
You do not want to miss it.It was supposed to be the weekend of their lives—three days on Henry Island at an exclusive house party. Best friends Meg and Minnie each have their own reasons for wanting to be there, which involve their school’s most eligible bachelor, T. J. Fletcher, and look forward to three glorious days of boys, bonding, and fun-filled luxury.

But what they expect is definitely not what they get, and what starts out as fun turns dark and twisted after the discovery of a DVD with a sinister message: Vengeance is mine.

Suddenly, people are dying, and with a storm raging outside, the teens are cut off from the rest of the world. No electricity, no phones, no internet, and a ferry that isn’t scheduled to return for three days. As the deaths become more violent and the teens turn on each other, can Meg find the killer before more people die? Or is the killer closer to her than she could ever imagine?