Our featured guest author post this week comes from the lovely and wicked talented Leigh Bardugo who wrote the New York Times Bestselling novel, SHADOW AND BONE (the first book in the Grisha Trilogy) as well as the sequel SIEGE AND STORM (which releases this June!)

And to celebrate Leigh’s appareance on Unremembered Monday, I’m giving away BOTH a copy of SHADOW AND BONE and an ARC (Advance Reader’s Copy) of SIEGE AND STORM!!!

Check out which memory Leigh would want “Unremembered” in her guest post below: 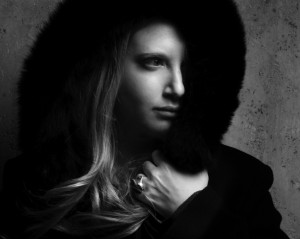 I thought long and hard about what memories I’d like to unremember. I’m a firm believer in the whole “what doesn’t kill you makes you stronger” bit, so I had to be careful. I mean, if I got rid of the cringe-inducing awkwardness of, y’know, ALL OF JUNIOR HIGH SCHOOL, who would I be?

So I ended up picking something that wasn’t traumatic enough to be character-building, but that is definitely rotten enough that I’d prefer to do without it in the archives. Memory Coders, work your magic, I’m done with this one:

My freshman year of college, we had a dance called “Screw Your Roommate.” No, you naughty creatures, we did not shtup our roommates. The joke was that you were supposed to set a friend up with someone terrible. But none of us stuck to this. In fact, we tried to find our roomies delightful candidates, guys they’d swooned for from afar, or anyone we thought might be fun.

My suitemate Becca thought she’d found a perfect option—someone I had a little crush on but who was also a friend. So even if the date wasn’t a smash, we could still have fun. Plus, we were all going in a group. Success!

The first thing I’d liked scrubbed from my brainpan? My dress—a short red velvet affair that I had picked up at a thrift store. It had an empire waist and those awesome flappy medieval sleeves. Basically, it looked like someone had chopped the bottom off of a dress her mom had made for a Renaissance Faire.

At the time, I still hadn’t recognized that girls with my curves and height should never, ever try to rock the babydoll look. (It gets “Whatever Happened to Baby Jane” real fast.) But in truth, my life has been littered with poor fashion choices. What I’d really like to be rid of is the memory of my date. Let’s call him Ed.

Ed didn’t drop his pants and pee in the punchbowl. He didn’t cut my hair while I was looking the other way. He just spent the whole night being a jerk. Some of it was common jerk behavior: He barely spoke to me, barely looked at me, closed a door on me.

Maybe I’m being too sensitive, I thought.

And then HE BIT A LEAF OFF A TREE AND SPIT IT OUT ON ME.

The correct response in this moment is, “What the hell is wrong with you?”

Or “I’m going home to watch scary movies with the nice guys across the hall.”

The correct response is not a pained smile and a stiff upper lip.

But I was shy and awkward and I hadn’t been on many dates, so I endured that whole long, awful night without saying a word. I doormatted.

That’s why that night must go. It’s not that Ed was so very bad. It’s that I didn’t have the sense or the cajones to tell that fool to shove off in no uncertain terms. Or strike with a swift and terrible vengeance. One or the other.

Okay, coders, get to scrubbing. And while you’re in there, maybe wipe out my attempt to dance to “Stray Cat Strut” at my fourth grade talent show.

GREAT story! I can’t believe he actually spat a leaf at you!? His mother would be horrified!

Now, it’s time to give away some books! Two lucky winners are going to take home copies of Leigh’s books. Use the widget below to enter. (Giveaway is open internationally)

a Rafflecopter giveaway
ABOUT SHADOW AND BONE:

Surrounded by enemies, the once-great nation of Ravka has been torn in two by the Shadow Fold, a swath of near impenetrable darkness crawling with monsters who feast on human flesh. Now its fate may rest on the shoulders of one lonely refugee.

Alina Starkov has never been good at anything. But when her regiment is attacked on the Fold and her best friend is brutally injured, Alina reveals a dormant power that saves his life—a power that could be the key to setting her war-ravaged country free. Wrenched from everything she knows, Alina is whisked away to the royal court to be trained as a member of the Grisha, the magical elite led by the mysterious Darkling.

Yet nothing in this lavish world is what it seems. With darkness looming and an entire kingdom depending on her untamed power, Alina will have to confront the secrets of the Grisha…and the secrets of her heart.