In honor of the book (OUT NOW!), every Monday, I’m featuring an awesome guest author (and book giveaway) and asking them to answer the following question:

This week I have my very good friend, Jennifer Bosworth, author of STRUCK, on the blog. STRUCK is a fantastic, high-octane story of lightening addicts and doomsday cults! But today, Jenn gets philosophical with us, talking about Infinite Moments and Memories. Check out her guest post below!” 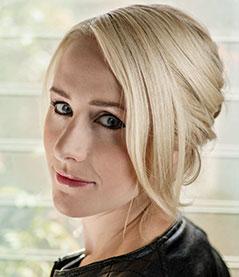 After reading each of the previous author posts that went up on Unremembered Monday, I’ve come to the conclusion that we’re all in agreement about one thing: despite the pain that bad memories can bring, few of us would choose to delete them from our brains, because the bad stuff, the hard stuff, the embarrassing, torturous, damaging stuff makes us who we are just as much as the good stuff does.

I think Frank McCourt said it best in Angele’s Ashes, “The happy childhood is hardly worth your while.”

Which is not to say that none of us authors had a happy childhood, or that you have to survive a traumatic youth in order to build a solid cache of inspiration for writing. But if none of us had ever endured anything hard, grueling, painful . . . if we hadn’t suffered at least a little bit, there would be no balance to our lives, no contrast between the difficult times and the happy ones.

So, no, there’s nothing I would “unremember,” even if I had the option to do so. I want to keep my bad memories on the same shelf as my good ones.

Jessica, you’ll have to forgive me for deviating from the assignment, but you know me. I’m a wildcard!

I can’t tell you which memories I would “unremember,” but I can tell you about the ones I need to remember, the memories that keep me going, that remind me what the whole point of my life is.

I had a conversation with Jay Asher recently (yeah, I’m dropping his name, and I can do that cause he blurbed my book) about “The Perks of Being a Wallflower,” and how the protagonist, Charlie, recounts “infinite moments.” If you’ve read the book or seen the movie, you probably know what I’m talking about. If not, let me surmise to the best of my ability. Infinite moments are a bit hard to define, but I know I’ve had them. I know I have fewer of them as I get older. I know you can’t look too hard at those moments when you’re in the midst of them or they vanish.

Most of all, I know those moments are the ones that my mind holds onto as a feeling more than a memory. But not just any feeling . . . the feeling of being alive. Of being intensely present, acutely aware. They are the moments when you become certain that you exist, and that you might just exist forever.

I remember one such moment when I saw my husband for the first time. I know some people scoff at the idea of love at first sight, and I’m not even saying this was an instant of love at first sight. But it was . . . something. A connection. A grounding. A surge of intuition. Time slowed to a crawl when I first laid eyes on him. My whole body felt light. My heart expanded. I felt, suddenly, an overwhelming sense of meaning.

An infinite moment. One that no one can ever take from me, because it’s not a memory. It’s an imprint on the thing we call a soul.

Another time, biking through Los Angeles, I was going fast when my wheel caught in a rut. Then I was flying headfirst through the air toward the cement. Once again, time turned to molasses and I felt, in an extended split-second, every living cell in my body, and I had time to think how alive I was before my body crashed into concrete. I survived with a dent in my helmet but without the skin on most of one leg, and I took with me the explosive sense of self and physicality I’d had when I thought I was about to break my neck.

An infinite moment. One I return to again and again to be reminded that I. Am. ALIVE.

There are so many more. Too many to name. The first moments of freedom after the bell to end a school year rings, announcing the beginning of summer. Riding in the bow of my parents’ speedboat in Lake Powell, my hair flying backward, sun warm on my eyelids, my arm around a dog with its wet nose jousting into the air. Riding on the back of a friend’s dirt bike in the winter, icy air numbing my face. Driving alone through the desert late on a moonless night, Portishead blasting through the speakers, my jeep’s high beams the only light for miles. Listening to the Indigo Girls for the first time and grocking lyrics like “how long ‘till my soul gets it right?” and “Every five years or so I look back on my life and have a good laugh.” Tipsy declarations of love for friends, for my husband, for music, for books, for life. The morning after I’ve gone to sleep crying, but awakened to the knowledge that everything will be okay.

These are memories that are not memories, but moments that planted themselves too deep inside me to ever be uprooted.

The infinite moments cannot be unremembered.

I love this post! It totally gave me the chills. I definitely have had some “Infinite Moments” in my life.

Now, it’s time to give away some books! This week we’re giving away a copy of STRUCK by Jennifer Bosworth. Please use the widget below to enter!

Mia Price is a lightning addict. She’s survived countless strikes, but her craving to connect to the energy in storms endangers her life and the lives of those around her.

Los Angeles, where lightning rarely strikes, is one of the few places Mia feels safe from her addiction. But when an earthquake devastates the city, her haven is transformed into a minefield of chaos and danger. The beaches become massive tent cities. Downtown is a crumbling wasteland, where a traveling party moves to a different empty building each night, the revelers drawn to the destruction by a force they cannot deny. Two warring cults rise to power, and both see Mia as the key to their opposing doomsday prophecies. They believe she has a connection to the freak electrical storm that caused the quake, and to the far more devastating storm that is yet to come.

Mia wants to trust the enigmatic and alluring Jeremy when he promises to protect her, but she fears he isn’t who he claims to be. In the end, the passion and power that brought them together could be their downfall. When the final disaster strikes, Mia must risk unleashing the full horror of her strength to save the people she loves, or lose everything.