In honor of the book (OUT NOW!), every Monday, I’m featuring an awesome guest author (and book giveaway) and asking them to answer the following question:

This week on the blog I have the lovely, Southern Belle, Miss Jessica Khoury, a fellow biopunk author! Jessica has penned a brilliant debut called ORIGIN about a girl who was created in a lab in the Amazon rain forest to be immortal. I was lucky enough to receive an awesomely funny and poignant guest post from Jessica about the memories she would like to have “Unremembered.” And I’m positive you guys will love it. Plus, we’ve got an AUTOGRAPHED copy of ORIGIN up for grabs this week! 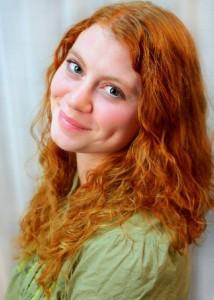 Unremembered Moments: The Good, the Bad, and the Wicked

If I could choose moments to unremember, where would I start?

Here’s a free life lesson for you: don’t try to read and run on a treadmill at the same time. Pretty sure this is why they invented audiobooks. Anyway, I learned this the hard way so that you don’t have to. What made it extra embarrassing was that I was in the middle of a packed, busy YMCA when it happened, when I became so engrossed in my book that I forgot I was supposed to be concentrating on keeping my body in a state of perpetual motion. I stopped being in perpetual motion just long enough to fly backwards, sail off the treadmill—and somehow land in the arms of a college acquaintance who just happened to be in that exact spot at the exact right time or I likely would have ended up hospitalized, considering the concrete wall behind him. Anyway. I didn’t walk into a gym for six years after that.

Gosh, so many! I was a really bad kid, you guys. I was in and out of the principal’s office all through school, for fighting, biting, brawling. There was this one time in fourth grade, when I’d just read one of the Hardy Boys books (I was mad for the Hardy Boys, especially Joe—proof of my childhood wickedness, my favorite HB book was the one in which Iola, Joe’s girlfriend, gets killed by a car bomb, because my first thought was, “He can finally be MINE! MWAHAHA!” Yes. I was that evil).

Anyway. In this particular book one of the villains made a threat to the boys after their inevitable capture (they always got inevitably captured in the penultimate chapter, right before the villain monologued his entire plan to them and then their dad swooped in with the police to save them, and somehow they still got all the credit for solving the mystery)…

ANYWAY. As I was saying, the villain made a threat that went something like, “You boys have just signed your death certificates.” I was inanely delighted by the cleverness of this threat, and so of course in my twisted little eleven-year-old mind I decided immediately that I had to put this ingenious phrase to good use. So one day in music class (I always got into trouble in music class for some reason; I blame the genius who thought that locking forty grade schoolers in a room together and handing them all xylophones and clarinets was a swell idea) ANYWAY in music class I picked out this kid named Brad whom I, for no discernible reason, did not like, and I slipped him this little beaut of a death threat purely to see if he could possibly appreciate its subtle intricacies.

He didn’t. He ran, screaming, to our music teacher, as it began to slowly dawn on me that perhaps somewhere in my calculations of how this scenario would play out I had made a grave error.

They intended to suspend me for two weeks, but the principal let me off based on the fact I “had such a sweet smile, surely I didn’t mean it.” Yeah. That’s what he said. And they wonder what’s wrong with the education system these days. I still get a little bewildered when the same teachers I had back then ask me to come speak to their students, because as an author I’m “sure to be a good influence.” I’m like, Really? Do you even remember what I was like when I was ten?

Would it be worth it to forget all the firsts in life, so you could live them over again? I might—might—be tempted to forget my first trip outside the country, my first novel’s publication, my first kiss, just so I could have the pleasure of doing them for the first time all over again. Firsts are very important, and I think sometimes they creep up on us and then pass us by without our noticing, without our having the chance to recognize the importance of the moment so that we can focus on it with all our attention, savoring it with every sense. There are some firsts I’d forget so that I could do them over again, and this time do them right, drawing them out and tucking each sensation safely away in my memory.

But as so many of the authors in this series have said, to forget moments like these—however tempting it may seem from time to time—would be to erase a part of your own identity. Our lives are made of moments, good and bad, embarrassing and heartbreaking, funny and distressing. Take away all the mistakes, and you’re left with a paper doll of a person, two dimensional, flat, uninteresting. It’s our mistakes which help us to stand and to stand out. It is through our flaws that we glimpse the hearts of one another and know that, blessedly, wonderfully, we are all human underneath.

This was so freaking funny! Falling off the treadmill is one of my biggest fears! And sorry, Jess, you just seem too sweet to be a “rebel.” If I were that principal, I would have let you off easy too!

Now, it’s time to give away a book! This week we’re giving away an autographed copy of ORIGIN by Jessica Khoury. Please use the widget below to enter!

The jungle hides a girl who cannot die.

An electrifying action-romance that’s as thoughtful as it is tragic.

Pia has grown up in a secret laboratory hidden deep in the Amazon rain forest. She was raised by a team of scientists who have created her to be the start of a new immortal race. But on the night of her seventeenth birthday, Pia discovers a hole in the electric fence that surrounds her sterile home–and sneaks outside the compound for the first time in her life.

Free in the jungle, Pia meets Eio, a boy from a nearby village. Together, they embark on a race against time to discover the truth about Pia’s origin–a truth with deadly consequences that will change their lives forever.

Origin is a beautifully told, shocking new way to look at an age-old desire: to live forever, no matter the cost.