I am SUPER excited about today’s guest post, you guys! WRITERS! Look alive, this post is so inspiring! When I read it, I immediately thought of 5 ways I could improve my current project! 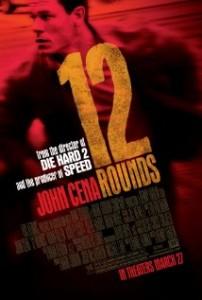 Daniel Kunka is an amazing screenwriter who has sold FOUR screenplays to major Hollywood studios in six short years. (Click here to read the news of his latest sale reported by Deadline Hollywood) His first feature-length film 12 ROUNDS was produced by Fox Studios and released in 2009 starring John Cena. He has also sold movies to Sony, Warner Bros, and Universal! His most recent sale, BERMUDA TRIANGLE has producer Charles Roven attached, whose known for a few tiny little films like oh, Man of Steel, The Dark Knight, The Dark Knight Rises...you know, nothing special. (HA!)

Anyway, Dan is a long-time friend of mine and was kind enough to write a guest post for my blog! When he asked me what I wanted for the post, I told him I wanted to help novelists make their books read more like movies. And he came up with the following 5 kick-ass Story Tips from the Screen!

So without further ado, here is some priceless advice from the wise Daniel Kunka. Take it away Dan! 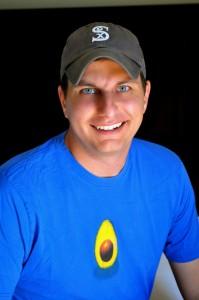 Books and movies go hand in hand.  Since the first talkies, Hollywood producers have often looked to novels and non-fiction books as source material for the Silver Screen, and with the recent success of Harry Potter, The Hunger Games and Twilight, that trend doesn’t look to be ending any time soon.

As a screenwriter, I’m often asked what makes a book a good movie.  While that answer can be a complicated one, here are five story tips utilized by screenwriters that I think would be beneficial for all types of fiction writing. 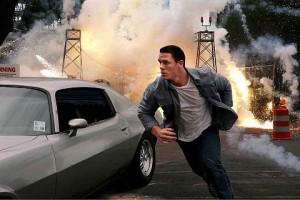 1.  Your Hero Can Never Have Too Many Obstacles

Great storytelling is built on heroes overcoming challenges.  From Raiders of the Lost Ark to Mission Impossible, screenwriters build scenes and structure stories so that their hero is tested beyond the usual limits.  In your writing, it’s important to make sure nothing comes easy for your main character.  Even the simplest of tasks can benefit from being a challenge.  The more obstacles your main character overcomes, the more likable and active he or she will be, and the better your writing will be.

2.  The Benefit of Failing

With so many obstacles facing your main character, it’s also important to let them fail.  A lot of Hollywood movies use this technique to show character growth throughout the course of the story – a character is faced with a task that results in a failure, but by the end of the story, the character is faced with a similar obstacle and succeeds.  From The Karate Kid (Daniel Larusso is beaten up by Johnny at the beginning, but wins the fight in the end) to The Matrix (Neo can’t bend the spoon, then realizes how to use his powers) to even Happy Gilmore (Happy can’t make a putt at the beginning but has to make a putt to win at the end), screenwriters utilize failure as a measurement of character growth, and character growth is a sign of a good story. 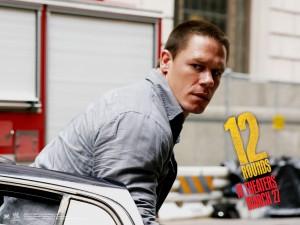 One of the tools often taught to screenwriters is about the use of an Inciting Incident.  This incident occurs early in your story (usually within the first 10 pages/minutes) that answers the question of how and why your particular story is taking place.  This can be a beneficial tool in your own storytelling – stories are tighter if there’s a specific reason why the action is taking place or why the main characters are involved instead of just random chance.  For instance, in the movie Super 8, the main characters (the kids making the super 8 movie) are brought into the plot about a government conspiracy because of a train crash they witness at the beginning of the story.  But the train crash itself is also specific – it crashes in the town because the kids’ teacher is involved in the conspiracy.  There’s no random chance here.  Making sure the hows and the whys of your writing are air-tight will benefit your story. 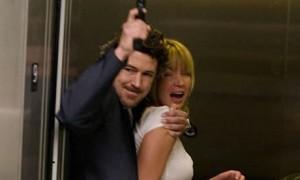 4.  Spicing Up Your Villain

Some of the greatest characters in movie history are villains.  From Darth Vader in Star Wars to Hans Gruber in Die Hard, great villains can instantly elevate your writing.  As much as you focus on your hero, make sure your villain is a worthy opponent with unique and three-dimensional qualities.  Even a school bully can be built with specific details to make him stand out above the rest.

5.  Be Your Own Best Editor

Screenwriting is a limited medium.  Most movie scripts are only 100 to 120 pages long.  Because of the limited space, screenwriters have to tell their stories economically.  As a writer, novels have much more leeway to explore more of the world.  This can be a double-edge sword.  Learn to be your own editor.  In screenwriting, good scenes develop either plot or character, while great scenes do both at the same time.  If every word in your book has a distinct purpose, your overall storytelling will become cleaner and clearer.

Be sure to check out Dan’s first film, 12 ROUNDS starring John Cena and keep your eyes open for more of his films coming to theatres soon!

Need help coming up with good novel ideas, check out on my online writing course, Develop Blockbuster Ideas that Sell!