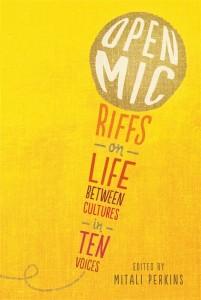 It’s time for another Guest Star! Our guest this week is Debbie Rigaud, author of short story “Voila” in the new release, Open Mic: Riffs on Life Between Cultures in Ten Voices!

Listen in as ten YA authors use their own brand of humor to share their stories about growing up between cultures. Edited by acclaimed author and speaker Mitali Perkins, this collection of fiction and nonfiction embraces a mix of styles as diverse as their authors, from laugh-out-loud funny to wry, ironic, or poignant, in prose, poetry and comic form.

Thanks to overprotective parenting, Simone’s elderly great aunt Ma Tante has more of a social life than she does. But one afternoon, Ma Tante’s social scene awkwardly intersects with Simone’s in the unlikeliest of places.

In honor of UNREMEMBERED, I’m asking all my guest stars to tell us about a memory they wish they could “Unremember.” Here’s what Debbie had to say! 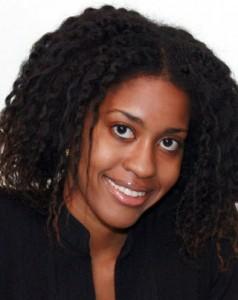 I used to love flying. I even considered taking lessons at one point! Turbulence never bothered me–in fact, flying was my time to unwind, catch up on writing, contemplate life. Well, ever since a short flight to Charlotte when I boarded a plane piloted by some weirdo, all that instantly changed. Unlike all the calming, self-assured pilots I’d become accustomed to hearing on in-flight announcements, this rare bird was melodramatic and maybe even a bit depressed. He actually announced, “Ladies and gentlemen, we need to fly through a be a bad patch of weather coming up in about fifteen minutes.” Pause. “I hope we make it.” He hopes we make it?? Was this pilot a reject from some bad SNL skit? In a split second, my palms were sweaty, my heart was racing, and I was ter-ri-fied. And would you believe the turbulence never got anywhere close to bad? Nevertheless, the damage on my psyche was done. It was like he placed some scaredy-cat spell on me. I was now a fearful flyer and I haven’t been able to completely shake off the fear since. If I could find a way to “Unremember” this memory, I’d be all over it…not to mention, I’d be racking up frequent flyer miles!

What People are Saying about Open Mic:

“[Open Mic] will leave readers thinking about the ways that humor can be a survival tool in a world that tends to put people in boxes.” –Publishers Weekly

“Teachers will find some powerful material here about how the young can become discomfited and find solace in their multifaceted cultural communities.
–School Library Journal

Debbie Rigaud began her writing career covering news and entertainment for popular magazines. Her YA fiction debut, Hallway Diaries/Kimani Tru was followed by the fish-out-of-water romantic comedy Perfect Shot/Simon Pulse. Since then, Debbie’s non-fiction essays have been published in anthologies It’s All Love/Broadway Books and Dear Bully/HarperTeen. Her short story “Voila!” is featured in Open Mic/Candlewick Press, and Turfquake, her first YA e-book will be released late 2013

Visit her online at: DebbieRigaud.com