Welcome to YA Scavenger Hunt!  At this hunt, you not only get access to exclusive content from each author, you also get a clue for the hunt. Add up the clues, and you can enter for our prize–one lucky winner will receive one signed book from each author on the hunt in my team! (THE GOLD TEAM!!) But play fast: this contest (and all the exclusive bonus material) will only be online for 72 hours!

Go to the YA Scavenger Hunt page to find out all about the hunt. There are THREE contests going on simultaneously, and you can enter one or all! I am a part of the GOLD TEAM–but there are also red and blue teams for chances to win a whole different set of twenty-five signed books! 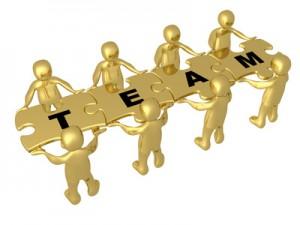 Directions: Below, you’ll notice that I’ve listed my favorite number. Collect the favorite numbers of all the authors on the gold team, and then add them up (don’t worry, you can use a calculator!).

Rules: Open internationally, anyone below the age of 18 should have a parent or guardian’s permission to enter. To be eligible for the grand prize, you must submit the completed entry form by October 6th, at noon Pacific Time. Entries sent without the correct number or without contact information will not be considered. 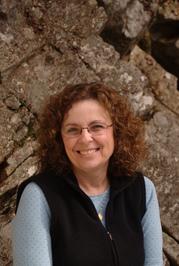 Today, I am hosting Gina Rosati on my website for the YA Scavenger Hunt! Gina Rosati lives in southern New Hampshire with her husband, two teenagers, and two chubby guinea pigs. Auracle is her first novel.

16 year old Anna Rogan has a secret she’s only shared with her best friend, Rei; she can astrally project out of her body, allowing her spirit to explore the world and the far reaches of the universe. When there’s a fatal accident and her classmate Taylor takes over Anna’s body, what was an exhilarating distraction from her repressive home life threatens to become a permanent state. Faced with a future trapped in another dimension, Anna turns to Rei for help. Now the two of them must find a way to get Anna back into her body and stop Taylor from accusing an innocent friend of murder.

The YA paranormal genre is home to many trilogies, so I wasn’t surprised when readers asked if Auracle would be followed by a sequel. The short answer is no … Auracle is a standalone. The long answer is still no, but there was a time when I not only considered a sequel, I actually wrote one. It’s a motley little beast that I keep hidden away because writing and publishing are two very different adventures. For my exclusive Fall 2013 YASH material, I’ll give you a look at what Anna and her friends were up to in this never-to-be-published sequel, plus some insight behind the decision to shelf it. 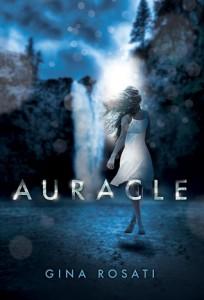 You may have heard that writers can be Pantsers, who write by the seat of their pants making stuff up as they go along, or Plotters, who outline the story in advance so they have a solid idea of what happens right to the end.  I pantsed my way through the first draft of Auracle. I’d heard it’s good to step away from a story for a while before tackling edits, so to amuse myself during that time, I pantsed my way through a sequel, which  I called Terrestrial. At that time, Auracle leaned heavily towards the fantasy genre, with gnomes, fairies, and a talking tree who told Anna that her element was wind (aura) while Rei’s was earth (terra), so the title made good sense to me. After I signed with an agent and an editor, Auracle went through rounds of major edits. The gnomes, fairies, and talking tree all fell victim to the red pen of doom, and since they played a bigger part in the sequel than they did in Auracle, this left some noticeable plot holes. The bigger problem was the sequel hinged on Taylor coming back and wreaking havoc. Are you experiencing déjà vu? It’s hard to be objective with our own writing, but yes, I finally realized how redundant that was … Taylor already came back and wreaked havoc in Auracle.

Terrestrial had about 300 pages when I started editing it, but once I eliminated Taylor and the fantasy elements, here’s what was left:

Lots of fun ideas to work with, but without a solid antagonistic force to glue it all together, the story fell apart. I briefly entertained the possibility of beating it into submission until it evolved into something publishable, but that was the problem … I didn’t want something that felt forced. I talked it over with my editor, and we agreed Auracle had a satisfying ending and worked well as a standalone. It was time to wish Anna and her friends well.

On the brighter side, there are new characters, Nikki, Wes and Jack, who are waking me up at three every morning with their story, so hopefully we’ll have something to share soon J


Thanks for stopping by my blog, Gina!  Don’t forget to enter the contest for a chance to win a ton of signed books by me (Jessica), and more! To enter, you need to know that my favorite number is 9. Add up all the favorite numbers of the authors on the gold team and you’ll have all the secret code to enter for the grand prize!

To keep going on your quest for the hunt, you need to check out the next author on Melissa West’s blog.

To spice things up, I’m hosting my own ADDITIONAL GIVEAWAY! Enter  below to win an autographed copy of UNREMEMBERED!