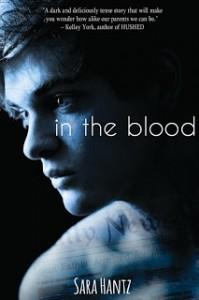 It’s time for another Guest Star! Our guest this time is Sara Hantz, author of In the Blood.

About In the Blood:

For seventeen years, Jed Franklin’s life was normal. Then his father was charged with the abuse and murder of four young boys and normal became a nightmare.

His mom’s practically a walking zombie, he’s lost most of his friends, and the press camps out on his lawn. The only things that keep him sane are his little sis; his best friend and dream girl, Summer; and the alcohol he stashes in his room. But after Jed wakes up from a total blackout to discover a local kid has gone missing—a kid he was last seen talking to—he’s forced to face his greatest fear: that he could somehow be responsible.

In a life that’s spiraled out of control, Jed must decide if he chooses his own destiny with Summer by his side or if the violent urges that plagued his father are truly in the blood…

In honor of UNREMEMBERED, I’m asking all my guest stars to tell us about a memory they wish they could “Unremember.” Here’s what Sara had to say! 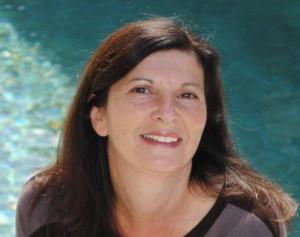 One thing that still makes me laugh but that I would like to erase from my memory (and also my son’s) is an incident which happened 12 years ago when we moved from the UK to New Zealand. Now, in my defense, we’d been delayed in Singapore so what should have been a 30 hour journey ended up taking us 3 days! Anyway, I went to enroll him in school and duly completed the necessary forms. The following day when he was actually to start we went in, only to find that not only had I given him the wrong first name (I’d put his second name instead) I’d also ticked the box to say he was girl!!

What People are Saying about In the Blood:

“Sara Hantz doesn’t pull any punches shaping this story of one of the toughest, most complicated family situations that a teen could face. Jed’s emotions are raw and real. I ached and raged with him and frantically turned pages to see where he would end up.”  Stephanie Kuehnert, author of Ballads of Suburbia and I Wanna Be Your Joey Ramone

“In The Blood is a gut-wrenching look inside the mind of a young man living with a nightmare. Jared has to learn to face life after his father is accused of an unspeakable crime. A ripped-from-the-headlines story that illustrates the power of unconditional love.”  B. A. Binns author of PULL, and Being God

“A dark and deliciously tense story that will make you wonder how alike our parents we can be.”  Kelley York author of Hushed.

Sara Hantz originally comes from the UK and is one of four children, having three younger brothers. Although she was an avid reader from a very early age, she didn’t get the writing bug until much later in life, though English was always one of her stronger subjects. She’s an avid sun chaser and now lives on the beautiful Sunshine Coast in Australia (via 10 years in New Zealand). Sara lectured for many years before deciding to devote more time to her writing and working in the family hospitality business. She has two grown-up children and when not writing, working, or online with her friends, she spends more time than most people she knows watching TV – in fact if TV watching was an Olympic sport she’d win gold. Sara’s books: In The Blood, The Second Virginity of Suzy Green and Will The Real Abi Saunders Please Stand Up (due out May 2014).

Visit her online at: SaraHantz.com

You can click here to enter to win a kindle!
a Rafflecopter giveaway