It’s time for another Guest Star! Our guest this time is Kristina Springer, author of My Fake Boyfriend is Better Than Yours.

About My Fake Boyfriend is Better Than Yours:

Now available everywhere in paperback, My Fake Boyfriend is Better Than Yours which Meg Cabot says is “Irresistible as a fluffy kitten.  I laughed out loud and so will you!” was a Scholastic Book Club Bestseller and a YALSA Quick Pick.

Seventh grade was supposed to be fun, but Tori is having major drama with her BFF, Sienna. Sienna changed a lot over the summer—on the first day of school she’s tan, confident, and full of stories about her new dreamy boyfriend. Tori knows that she’s totally making this guy up. So Tori invents her own fake boyfriend, who is better than Sienna’s in every way. Things are going great—unless you count the whole lying-to-your-best-friend thing—until everyone insists Tori and Sienna bring their boyfriends to the back-to-school dance.

In honor of UNREMEMBERED, I’m asking all my guest stars to tell us about a memory they wish they could “Unremember.” Here’s what Kristina had to say! 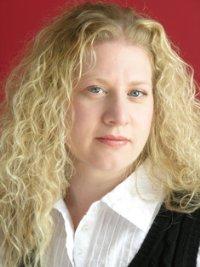 If I could erase one memory from my mind, it would be of my worst Christmas present ever.

It was my first Christmas with my first REAL boyfriend. We had been together most of the year and were quite in the giggly, touchy feely, calling each other nauseating pet names stage of the relationship. I had big expectations for this first perfect Christmas and the perfect Christmas gift that was sure to come from he, my Prince Charming. I imagined all kinds of things– would it be a book of love poems that he inscribed with some amazing note that I would look at every Christmas for the rest of my life?

Would it be some amazing piece of jewelry, like a necklace with our birthstones or a locket with our pictures side-by-side? Whatever it was, I knew it would be momentous and it would be something I’d take out to show my own kids and grandkids someday.

Though I still remember it like it was yesterday. We were sitting on our knees, facing each other, in front of the lit Christmas tree in my living room. I had just given him an AMAZING gift (no, I don’t remember what it was, but certainly it was AMAZING). And he had just handed me mine. It was in what looked like a clothes box, but I knew it wouldn’t be clothes. Not on our perfect first Christmas. Clothes is an old person’s Christmas gift. Maybe it was a stunning photo collage of our relationship? I nervously lifted the flaps of wrapping paper, stealing glances at him. He was very excited and proud of whatever lay in the box. Finally it was open. I parted the layers of white tissue paper and froze. Him, giant smile, so pleased with himself. Me, afraid to lift the item out of the box and a hundred thoughts flying through my head of how I was going to make this ok and what I would tell people when they were sure to ask about my first glorious Christmas gift from my boyfriend.

Want to know what it was?

It was a navy blue sweatshirt with a white turtleneck sewn into the collar. And on the front of the sweatshirt were two big embroidered teddy bears hugging.

I didn’t know what to do. I was a teenager, after all, not eighty and in a nursing home. I couldn’t figure out why he thought I’d wear a turtleneck sweatshirt with teddy bears. “Did you read it?” he asked. Oh god, there’s more? I thought. I looked at the shirt and sure enough, over the teddy bears it said “I love you BEARY much.” Of course it said that. It couldn’t just stop at the teddy bears right? I let out some weird kinda giggle and tried to hide my disappointment. “I, oh, uh, love it” I said. I never was an actress. “I knew you would,” he said. “Wear it to my New Year’s Eve party ok?” I almost fell backward. What’s this? Some kind of joke? He actually wants me to wear this? In public? I tried to make like I had another outfit already but he was so darn proud of his bears in love shirt and insisted that I wear it.

I did wear it. But only that one time. I remember slipping it over my head and feeling like the turtleneck was choking me. I remember walking down the long hallway from my bedroom to the front door of my house, past my three brothers who were all rolling around on the floor laughing and pointing at me and my sweatshirt. And I remember my boyfriend’s big smile and him telling me how good I looked when I walked into his house that night.

That, of course, was the last of the sweatshirt. I got rid of it soon after. It never did become that item I’d show my kids and grandkids. And I don’t know whatever happened to that boyfriend but I imagine he’s somewhere living happily ever after with a wife and kids all sporting embroidered bear shirts.

What People are Saying about My Fake Boyfriend is Better Than Yours:

“Irresistible as a fluffy kitten. I laughed out loud and so will you!” —Meg Cabot, author of the Airhead and Allie Finkle’s Rules for Girls series

“Tori is an appealing, engaging protagonist whose peppy first-person narrative includes some introspective moments and incorporates issues that readers will appreciate, especially the importance of honesty, trust, and self-appreciation. An enjoyable, entertaining read.” —Booklist

“Friendship versus one-upmanship in seventh grade is the subject of Springer’s very funny and strongly realistic novel.” —Publishers Weekly

“The sheer exhaustion of a fake-boyfriend arms race, with the need to create fake email accounts and to come up with competing romantic gestures on the fly, is cleverly depicted.” —Bulletin of the Center for Children’s Books

“The themes will resonate with any girl who’s ever gone through the hardships of middle school: friendship, boys, popularity, and, most importantly, choosing to do the right, but often more difficult, thing. A fun read.” —School Library Journal

“The dialogue is realistic, and Springer brings refreshing personalities to standard character types; Tori’s parents are divorced, but both parents are active in her life, for instance, and the popular girls aren’t mean.” —Kirkus Reviews

Kristina is running a My Fake Boyfriend is Better Than Yours Release Contest on her blog. Here’s what the winner will get:

Kristina Springer is the best-selling author of The Espressologist, My Fake Boyfriend is Better Than Yours, Just Your Average Princess, The Paparazzi Project and Boy Swap. She has a Masters in Writing from DePaul University and she resides in a suburb of Chicago with her husband and children. Read more about her at http://www.kristinaspringer.com and follow her on twitter @TinaSpringer.

Tagged with: Girlfriends Cyber Circuit Kristina Springer My Fake Boyfriend is Better Than Yours Unremembered Monday