We’ve reached the end of the UNREMEMBERED Fan Cast-off game! All of YOUR dream casts for the roles of Seraphina, Zen, and Cody have been pitted against each other and YOU voted until we reached this final round!

So now it’s time to cast your final vote and decide who is the ULTIMATE fan cast!

Remember, the producers of the film and I had nothing to do with these picks. These actors were ALL chosen and voted on by readers!

So without further ado, here are your finalists! Cast your vote in the comments! 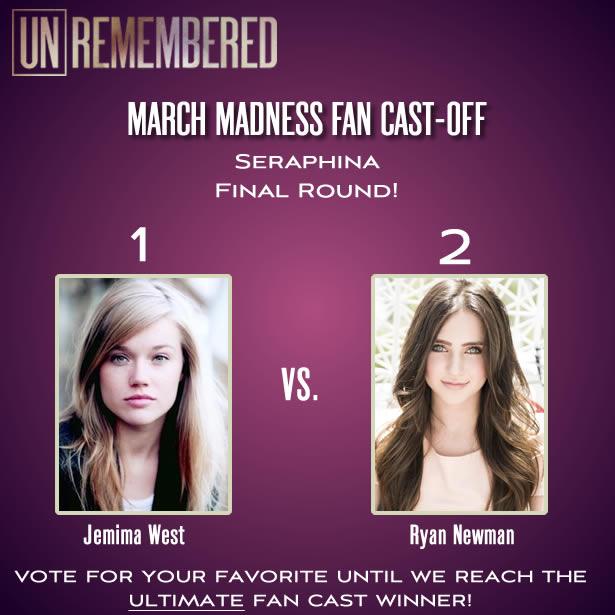 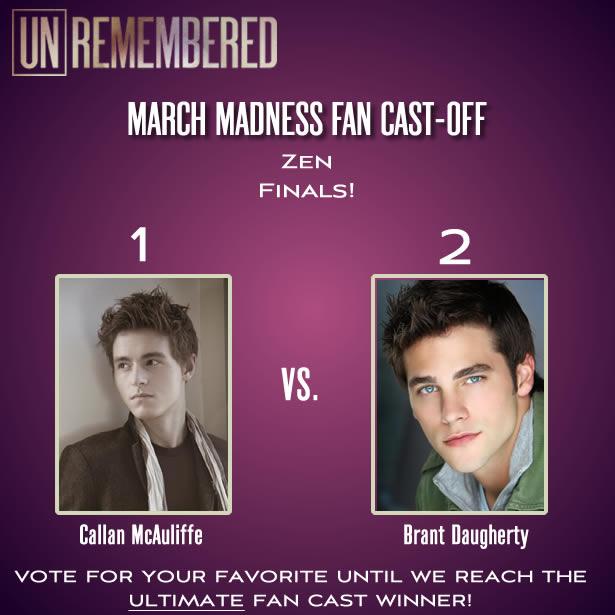 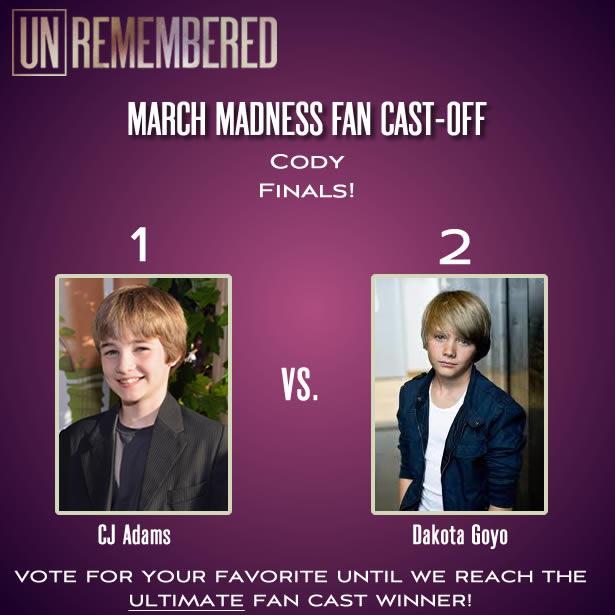