Welcome to YA Scavenger Hunt! At this hunt, you not only get access to exclusive content from each author, you also get a clue for the hunt. Add up the clues, and you can enter for our prize–one lucky winner will receive one signed book from each author on the hunt in my team! (THE RED TEAM!!) But play fast: this contest (and all the exclusive bonus material) will only be online for 72 hours!

Go to the YA Scavenger Hunt page to find out all about the hunt. There are TWO contests going on simultaneously, and you can enter one or all! I am a part of the RED TEAM–but there’s also a blue team for a chance to win a whole different set of signed books! 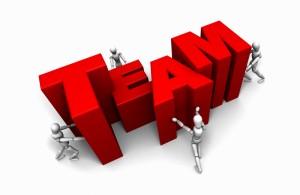 Directions: Below, you’ll notice that I’ve listed my favorite number. Collect the favorite numbers of all the authors on the red team, and then add them up (don’t worry, you can use a calculator!).

Rules: Open internationally, anyone below the age of 18 should have a parent or guardian’s permission to enter. To be eligible for the grand prize, you must submit the completed entry form by April 6th, at noon Pacific Time. Entries sent without the correct number or without contact information will not be considered. 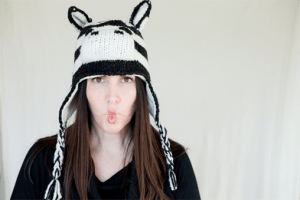 Today, I am hosting Cat Patrick on my website for the YA Scavenger Hunt!

Raised in a house that was struck by lightning–twice–Cat Patrick is the author of young adult books Forgotten, Revived, and The Originals, and the co-author of Just Like Fate.

As a child, Cat could be found making up stories like her first book, Dolly the Purple Spotted Dolphin; growing corn in the backyard; or performing with a traveling sign language troupe. Now, she lives outside of Seattle with her family and spends her spare time playing dress-up, planning to create a roller derby team, or obsessing about zombies.


“Patrick is making a niche for herself with high-concept romantic thrillers about girls whose realities are far from the norm, and her third novel may be her best yet…[it] will keep readers riveted.”

Lizzie, Ella, and Betsey Best grew up believing they were identical triplets. Then they learned the truth — and no one else can know.

Now, to the outside world, the Best family appears to consist of a single mother with one seventeen-year-old daughter named Elizabeth. Lizzie, Ella, and Betsey take turns going to school, pursuing extracurriculars, and even dating.

Then Lizzie meets Sean Kelly, the one person who can help her realize she’s not a carbon copy of the others — she’s an individual with unique dreams and desires. Digging deeper into her background and her mother’s role in her life, Lizzie begins to dismantle the delicate balance of an unusual family that only science could have created.

Pre-order on Amazon or Barnes & Noble.

My third novel, THE ORIGINALS, which will be out in paperback in DAYS (!!), was originally called THE BEST GIRLS because the main characters’ last name is Best. In the book that exists now, three clones live as one person to hide the fact that they’re clones—they’re forced to live that way by their secretive and overbearing mother. In early drafts, though, the mother was a father named Neil. Also in the beginning, the main love interest was Levi, a name I love. But along the way, I realized that my readers would start to think I had an obsession with the letter L: Lizze and Levi was too close to Luke and London from my first novel, FORGOTTEN. So, I changed Levi to a good Irish name, Sean.

THE ORIGINALS was a book that I wrote in my head before it made it to the page: It didn’t change that much from draft to draft. But some scenes did get cut in order to tighten the book. Here’s one such scene, which mentions main characters Lizzie, Betsey, and Ella, aka the clones; as well as Levi (Sean); Dave, who is Ella’s love interest, and stays Dave; Nina, a housekeeper slash nanny who was cut altogether; and Daddy Neil who turned into Mom.

Dumptruck is the dog, and he was named by one of my then three-year-olds. It’s a funny story that I’ll tell you sometime when I’m not already taking up all of the space on Jessica’s blog. (Sorry, Jess!) 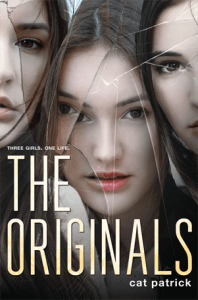 Anyway, here’s a deleted scene from THE ORIGINALS:

In the beginning of February, Betsey joins the environmental club at school, which meets mostly at night because everyone in it has other stuff going on. She also gets a new job at a coffee shop near the University, a perfect venue for stolen moments with Levi during our frequent nighttime switches.

Because Bet doesn’t get much interaction with kids from school, and because Ella can hardly stand to be near Dave without breaking down, Betsey and Ella do daytime switches, too. In fact, more than a month flies by in a heartbeat simply because it’s nearly impossible to keep track of which Elizabeth is where. Levi starts asking me to confirm my identity when we’re together and even Nina mistakenly calls us by the wrong name once in a while. It’s a good distraction from Neil, but as it turns out, we should have been paying attention.

One Sunday in early March, Nina’s off and it’s too sunny to be inside so I disguise myself as Ella and go to Levi’s for brunch. When I arrive, I see that his mom’s car is gone; the idea that we’ll be alone in the house gives me a little flit in my abdomen.

Levi opens the door wearing a smile like sunshine, an apron, and his hideous foam shoes. He waves me inside; I hurry through the door and close it tight so Dumptruck doesn’t make a break for it. As I’m taking off my hoodie, the little dog lovingly jumps up on my calves for a quick hello. I look around Levi’s house and inhale whatever’s cooking; the windows are open and the sheer curtains are blowing gently in the early spring breeze. I’m overwhelmed by how happy and comfortable I feel in this moment.

“Hi,” Levi says, wrapping his arms around me from behind and kissing my neck. I get goose bumps on every inch of my arms. “Are you hungry?”

“Mm-hmm. But when’s your mom coming back?”

“Not until later. Why? Did you think she was eating with us?”

Totally certain about what I’m doing, I grab Levi’s hand and lead him to his bedroom. He doesn’t say anything; he only breaks away briefly to turn off the oven so the house doesn’t burn down. For two hours, I forget everything in the world but him. I forget about how Bethie hasn’t responded. About how Betsey, Ella and I have no idea the identity of the man claiming to be our father. For two hours, my life is my own. It’s perfect.

And then it all comes crashing down.


Thanks for stopping by my blog, Cat! Don’t forget to enter the contest for a chance to win a ton of signed books by me (Jessica), and more! To enter, you need to know that my favorite number is 11. Add up all the favorite numbers of the authors on the red team and you’ll have all the secret code to enter for the grand prize!

To keep going on your quest for the hunt, you need to check out the next author on Claudia Gray’s blog.