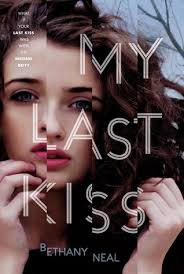 That’s right, UNREMEMBERED MONDAY is back!!!

In my trilogy, UNREMEMBERED, the main character Seraphina, wakes up among the wreckage of a devastating plane crash of which she is the only survivor. She has no memories of who she is or her life before the crash but she soon discovers that her memory loss is not simply amnesia. Someone has been erasing memories from her mind.

In honor of the book, I feature a variety of awesome guest author posts (with book giveaway!), asking the author to answer one question:

Today I feature the lovely Bethany Neal, whose debut novel MY LAST KISS just released and actually has a LOT to do with memories.

About My Last Kiss:

What if your last kiss was with the wrong boy?

Cassidy Haines remembers her first kiss vividly. It was on the old covered bridge the summer before her freshman year with her boyfriend of three years, Ethan Keys. But her last kiss–the one she shared with someone at her seventeenth birthday party the night she died–is a blur. Cassidy is trapped in the living world, not only mourning the loss of her human body, but left with the grim suspicion that her untimely death wasn’t a suicide as everyone assumes. She can’t remember anything from the weeks leading up to her birthday and she’s worried that she may have betrayed her boyfriend.

If Cassidy is to uncover the truth about that fateful night and make amends with the only boy she’ll ever love, she must face her past and all the decisions she made–good and bad–that led to her last kiss.

And without further ado…here’s Beth! 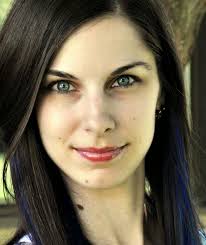 My most unrememberable moment would be what I and my old high school friends still refer to as “MIP night.”

For all of you good kids (and adults) out there that behaved themselves as minors and followed the strict letter of the law by not consuming alcohol before you were twenty-one, MIP stands for minor in possession which is a citation that lands you a stiff $75 ticket in Michigan.

The night started out memory-worthy enough. I’d recently started going out my now thirteen-years-strong boyfriend and I decided to show him a good time by inviting him and one of his good friends to a party at my best friend’s house. This friend was famous for throwing spontaneous parties when her parents were out of town, which to our collective joy was often, and I was convinced it was going to be an epic night of impressing him with how cool and fun my friends and I were.

The party was held on a weeknight in the summer after my freshman year of college, so it started out pretty slow. There were only about twelve of us there and we couldn’t seem to get a hold of anyone else in town—which later turned out to be a blessing!—so a friend of a friend (who just happened to be my new BF’s friend’s ex) decided to call up a truckload of younger guys from her high school to make her ex jealous.

While said truckload was en route I discovered my high school ex was also part of the caravan, but I wasn’t fazed. As far as I was concerned, this was my opportunity to a) show him how much hotter I’d gotten while away at college (because post-high school hubris had hit me stronger than a shot of cheap vodka) and b) flaunt my new beau who went to a very prestigious university that I was more than happy to brag about.

The night still young, each of us was still on his/her first drink. No one was drunk, but no one was legal either. It was then, amidst our first frosty drinks, that the truck full of Jell-O cubes showed up…bringing with them a police patrol car!!!!!

At that point, I went into hyper survival-mode. I gathered my nearest and dearest and shoved them deep inside the storage closet in my friend’s basement. The theory was police can’t enter a private residence without due cause if you don’t invite them inside, so no matter what happened with that truck full of high school boys that may or may not have contained my senior prom date, we would be safe. And my plan would have worked if everyone had followed my sagely advice to “Be Anne Frank, but in a basement.” Now, I get how that may sound offensive to some of you, but I’d just read The Diary of Anne Frank for an English class, and I was Auschwitz serious about us staying hidden so we wouldn’t get caught.

My semi-intoxicated comrades, however, had clearly not read the book. One by one they ventured upstairs for nonsensical reasons like having to use the bathroom—they’d only had one frickin’ drink!—or to check on the dogs. To which I pleaded, “You can’t arrest a dog. Stay. Stay!” But not a one listened. Soon it was just me and my friend Renae. Renae, who is now a very fancy—and legal—doctor, had her future in the front of her mind and knew going upstairs was suicide, but the fear of the unknown eventually got the best of her as well.

And then I was alone.

Anne without her Peter or dear Kitty to cling to for comfort. I’m here to tell you that being left to fend for yourself in a desperate situation such as this does terrible things to a girl’s resolve. I began doubting my infallible plan—my mission suddenly seemed futile and scary. So I, too, cracked. I left the basement…and was promptly written an MIP along with my closest friends and new boyfriend who was most definitely not impressed with the brand of fun my friends had served up for the evening.

Oh, and that high school ex of mine was definitely in that truck, and he definitely located my current boyfriend while the cops lined everybody up in the driveway and told him in less than couth terms that he wasn’t over me.

BETHANY NEAL writes young-adult novels with a little dark side and a lot of kissing from her Ann Arbor, Michigan home. She graduated from Bowling Green State University and is obsessed with (but not limited to): nail polish, ginormous rings, pigs, pickles, and dessert.

My Last Kiss is her first novel. You can connect with her online at www.bethanyneal.com.

And now, one lucky winner will win Bethany’s book, MY LAST KISS! Use the rafflecopter widget below to enter!