Have you been following the Unremembered Movie on Facebook, Instagram, or Twitter? Well you should! Because every day the film gets closer and closer to the big screen and the producers have been posting actual real official updates on the movie! And the latest update was a big one!

Here’s what they had to say:

“Unremembered Fans, here is the official news: A SCREENPLAY IS BEING WRITTEN AS WE SPEAK!!!!
Please share, tweet, Instagram, blurp, bleep this news. I want to see this news go far and wide!!! I want to see some excitement! DO YOU WANT TO SEE UNREMEMBERED ON THE BIG SCREENS OR WHAT??!!”

They also posted this picture which totally made me squeal aloud (in a crowded airport, surrounded by strangers, of course) 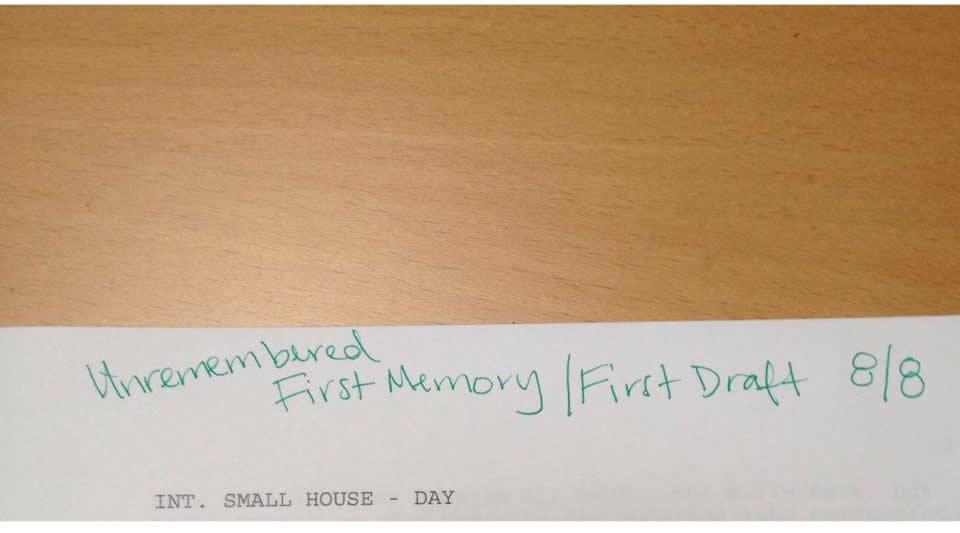 This was the first time I’ve seen ANYTHING relating to the script so it was an exciting moment for me!

The producers have assured me that there are TONS of exciting updates and surprises to come, so be sure to follow the movie! Here are the links where you can get all the latest news: