Welcome to the Spring 2015 YA Scavenger Hunt! At this hunt, you not only get access to exclusive content from each author, you also get a clue for the hunt. Add up the clues, and you can enter for our prize–one lucky winner will receive one signed book from each author on the hunt in my team! (THE GREEN TEAM!!) But play fast: this contest (and all the exclusive bonus material) will only be online for 72 hours!

Go to the YA Scavenger Hunt page to find out all about the hunt. There are six contests going on simultaneously, and you can enter one or all! I am a part of the GREEN TEAM— but there is also RED, BLUE, GOLD, ORANGE, TEAL, PURPLE, & PINK teams for a chance to win a whole different set of signed books!

If you get stuck or need help, you can check out the How to Hunt page. 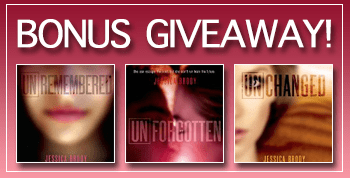 As an extra special surprise for visitors to my site, I have a BONUS GIVEAWAY! Enter to win 1 of 5 full sets of THE UNREMEMBERED TRILOGY audiobooks. The entry form is at the bottom of this post, so make sure you don’t miss it!

Directions: Below, you’ll notice that I’ve listed my favorite number. Collect the favorite numbers of all the authors on the GREEN team, and then add them up (don’t worry, you can use a calculator!).

Rules: Open internationally, anyone below the age of 18 should have a parent or guardian’s permission to enter. To be eligible for the grand prize, you must submit the completed entry form by Sunday, April 5th, at noon Pacific Time. Entries sent without the correct number or without contact information will not be considered. 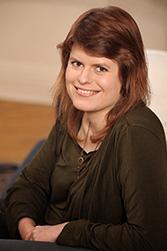 Today, I am hosting Megan Crewe on my website for the YA Scavenger Hunt!

Like many authors, Megan Crewe finds writing about herself much more difficult than making things up. A few definite facts: she lives with her husband, son, and three cats in Toronto, Canada (and does on occasion say “eh”), she tutors children and teens with special needs, and she can’t look at the night sky without speculating about who else might be out there.

About The Clouded Sky

Skylar never imagined that she’d end up helping a boy from another planet search through Earth’s history for a way to end his people’s secret control over her world. But now that she’s been drawn into Win’s group of rebels, she can’t walk away until their mission is completed.

Whisked to the immense space station that Win and the rest of the Kemyates call home, Skylar discovers that even the rebels don’t see her as an equal. Determined to prove herself amid her homesickness in the alien environment, she throws herself into the work to free Earth. Her keen attention to detail and skill with numbers start to earn her colleagues’ respect, but that doesn’t make her position any less precarious. As the Enforcers escalate their attempts to capture the rebels, it becomes clear that someone within the resistance is leaking information to the enemy. And Skylar may be in the best position to uncover the traitor.

With each step toward the truth, Skylar is pulled deeper into the lives around her and the full horrors of her planet’s imprisonment. To see her mission through, she must risk her life, her heart, and the future she’s worked so hard to preserve.

After her unsanctioned arrival on an alien space station, the heroine, Skylar, has to pose as an Earthling “pet”, pretending to be drugged numb and ignorant of their language. This is the first time she’s needed to interact with a bunch of people outside the rebel group who brought her there. 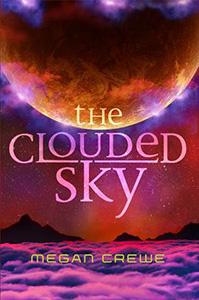 I still have my eyes closed when the bluesy tone of Jule’s doorbell goes off. My shoulders stiffen.

Jule calls a muffled greeting, sounding a lot more jovial than he did when he was talking to me. The voice that responds says something about how much time it’s been and then drops too low for me to make out. The doorbell intones again, and again. I grip the edge of the bunk. Numb, I remind myself. I don’t feel this nervous. I don’t feel anything at all.

At this particular moment, I wish it were true.

The rap on my bedroom door makes me jump. “Out you come,” Jule says, a faint edge beneath his usual wry tone. He nods to me, holding my gaze with a reassuring steadiness. I make myself step out into the main room.

Jule’s friends are gathered in the lounge area, a few sitting on the fold-down benches and others standing around the table, which has been elevated at its smallest setting and is scattered with cans of a drink that wafts an acidic peppery smell into the air. My mind itemizes the scene automatically as they gaze back at me: eight people altogether, six guys and two girls, all around Jule’s twenty-ish in age. Like most of the Kemyates I’ve met, they’re somewhat dark in complexion, skin ranging from amber to bronze, hair from chestnut to black, except the ebony-skinned guy from the fitness center–Amad–and another whose tan face is topped by sandy curls.

“This is Skylar,” Jule says, poised partway between me and them.

I think back to my meeting with Yenee yesterday, the way she greeted us. “Hi?” I venture.

“Not very alert,” one of the guys says in Kemyate, but a few of the others smile. A brawny guy sitting with his legs stretched out from the bench gives me a toothy grin that somehow feels the least friendly.

“I approve,” he says to Jule, and the girl perched behind him tugs on his dark hair.

“Hain,” she says pleadingly. He chuckles.

The sandy-haired guy makes a comment I only catch part of–something about not having thought Jule was the type of spend his money this way.

“I got a good deal,” Jule says. “The one who bought her first changed his mind.”

“If I got one, I’d want something more…” Amad says, the last word one I don’t know. The guy sitting next to him nods, studying me as if I’m a new car Jule’s bought.

“I’d get one from…” the other girl says, her final phrase something I think translates into “far back.” “This one looks very modern.”

I let my eyes follow them as they talk, keeping my expression as still as possible, measuring each breath. “And quiet,” says the guy who complained about my alertness, and I wonder if I should be volunteering more. Jule speaks up.

Hain leans forward, with the grin that’s looking more and more like a leer. “Tell us about yourself, honey. Where’d they pick you up from?”

“Earth,” I say, and they all laugh. My face burns. Numb, I remind myself. “America.”

“Definitely twenty-first century,” the girl who pegged me as modern says. She turns away. “You know… …last year got one from…”

“You got any skills?” Hain asks with a waggle of his eyebrows. “Singing? Dancing? Acrobatics?”

He shoots a look at Jule. “I can guess how you’ll been putting her to use then,” he says, and purses his lips in an exaggerated air kiss. The others laugh again, a little more stiffly. My face flares hotter. The girl next to Hain seems to be watching me with particular curiosity. I cover my blush at the comment I shouldn’t have understood by swiping at my bangs, fighting to keep my hand from shaking.

Is that a normal way for Kemyates to put their pets to “use”? I suddenly remember Isis’s hesitation when she was first explaining the roles pets play. So Jule’s friends all think…

Jule rolls his eyes and says something along the lines of, that whatever happens in Hain’s head has nothing to do with him and he’s glad for it, and the laughter that follows is less restrained. Hain shuffles over on the bench and pats the now-open spot beside him.

This giveaway is in ADDITION to the the YA Scavenger Hunt. Enter the giveaway below for a chance to win a full set of the UNREMEMBERED TRILOGY audiobooks from Audible.com.

Note: The audiobook giveaway is only open to readers in the US, Canada, and the Philippines. (These rules come directly from Audible.com, so I can’t change them.)

Thanks for stopping by my blog, Megan! Don’t forget to enter the contest for a chance to win a ton of signed books by me (Jessica), and more! To enter, you need to know that my favorite number is 11. Add up all the favorite numbers of the authors on the green team and you’ll have all the secret code to enter for the grand prize!

To keep going on your quest for the hunt, you need to check out the next author on Kay Honeyman’s blog.