Meet the Boys of Summer – Ian

Who will you fall in love with? 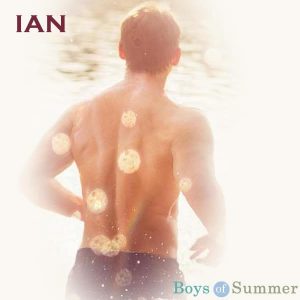 Something Most People Don’t Know About Him: Ian, having never been in a fight before, once tried (and failed) to save a girl from an attacker, only to have her turn around and save him instead.

Theme Song: “Learn to Fly” by the Foo Fighters

When I reach the house a few minutes later, I bypass the front door and scale the ivy-covered trellis running up the side of the house like a green virus that’s been left unchecked for too long. I squeeze through my bedroom window that I left open and roll adeptly onto my bed.

Sure, the front door is logistically easier, but it requires walking through a landmine of other dangers. Hazards of the emotional variety. Framed photographs of my dad as a kid. Knitted afghans on the couch that we used to fall asleep under. A medal of honor that’s supposed to make death feel less like death and more like a carnival game.

If it were up to me, I would have taken all that stuff down the moment we got the phone call.

But very little is up to me these days.

I grab my guitar and sit on my bed, strumming a few bars of the new song that I’ve been working on. But my hands fumble awkwardly over the strings and my fat fingers can’t seem to form a single chord. It’s these walls. They’re prison walls in a cell that gets smaller by the second. I haven’t been able to get through a full song since we arrived two days ago.

Frustrated and claustrophobic, I stuff the guitar back into the case and strap it to my back. I throw a few items into an overnight bag and toss that over my shoulder. Then I wedge myself back out of the window and shuffle carefully to the edge of the roof before crouching down, swinging my legs over the side, and climbing down the trellis.

As soon as my feet hit the sand, I start to move, putting as much distance between me and those walls as I can. There’s really only one place to go. A place where the furniture isn’t infested with ghosts and the walls are too far apart to ever suffocate you.

Missed the other “Meet the Boys of Summer” posts? Click the links below:

Stay tuned for the Boys of Summer cover reveal TOMORROW!