Meet the Boys of Summer – Mike

Who will you fall in love with? 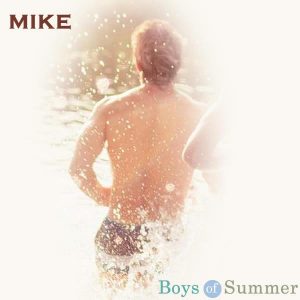 Something Most People Don’t Know About Him: Mike and his long-term girlfriend have broken up and gotten back together every summer for the past five years.

I lie on my back and let the swells of the tide gently rock my board. Normally I love coming out here and just floating aimlessly in the ocean, letting the waves take me wherever they want. This is where I can be alone. Where I can be me. Harper never liked the water much. She says it makes her seasick. Ironic given that she grew up on an island. Maybe that’s why she always feels so trapped.

As I drift, the usual post-Harper-breakup feelings flood through me. Frustration, disbelief,  anger, before finally settling where I always settle. Somewhere near acceptance. It’s like a routine now. A sick ritual.

This is who Harper is. This is what Harper does.

I know this. I’ve always known this. She didn’t mean what she said. In fact, she has to say things like that—she has to be definitive—so she can believe her own words. So she can take her assertions seriously. It’s not the first time she’s said it’s over for good. I just really hope it’ll be the last.

I’m not sure how much longer I can keep this up.

When I stormed off from the Cove earlier, she called out my name. At least there was that. But I didn’t stop. I kept going until I was halfway around the island, until the moon looked different. That’s when I could finally believe that I had gotten far enough away.

Although that’s bullshit, too.

And until I get her off of it, she’s going to be reacting the same damn way. It’s a vicious cycle. She feels stuck and I’m the easiest thing to break free of.

But what if I don’t want to be so disposable anymore? What if this time, after she realizes that freedom isn’t what she wants after all, I refuse to take her back?

The thought makes me laugh out loud.

Missed the other “Meet the Boys of Summer” posts? Click the links below: