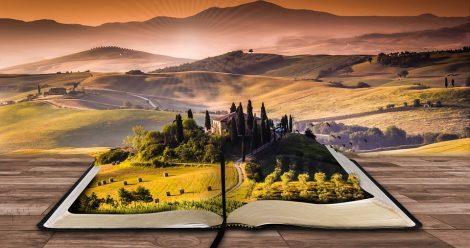 To help you achieve those writing-related new year’s resolutions, today I’m sharing with you my 5 tips for improving your fiction writing…instantly! These are tips and tricks you can implement today, on the very next scene you write and it will instantly improve your writing. And if you want more where these came from, be sure to check out my online Fiction Writing Course!

Random examples might include: Someone wants to get to work on time, someone wants to adopt a puppy from the puppy adoption center at Petsmart. Or someone wants to walk by Petsmart without adopting a puppy. (Easier said than done.) But every single person who’s important to the scene  needs to have some sort of want. If you figure this out before you start writing the scene, it will make the writing process go a lot more smoothly. And it will be a better scene to read.

2) Insert conflict into every scene

What is conflict? Conflict is problems, difficulties, challenges. You know, the stuff that makes scenes interesting. Readers love reading about conflict. Human beings love to see other people struggle (because basically we’re all just masochists.) But it works. Mostly because conflict or struggle makes scenes real. It makes them relatable. Because who among us hasn’t ever struggled? Putting conflict into a scene will instantly make the scene better. Remember when I told you that every major character in the scene has to want something? Well, the easiest way to introduce conflict into a scene is to just make it difficult for that person to get what they want.

So let’s say a character (we’ll call him Joe or Bob, or  better yet…JoeBob!) shows up at a girl’s door to ask her out on a date (this is his want.) So why can’t he succeed at this? What is standing in his way? What is JoeBob’s conflict? What’s keeping him from accomplishing this goal? Maybe he’s scared. Maybe he has flashbacks of all the times he’s asked a girl out and she’s laughed in his face. (Awkward.) Or maybe there’s a giant dog that keeps running through the yard yapping every time JoeBob gets to the question. These are all great ways to add conflict to something very simple.

Better yet! If you have a scene with two characters who both want something, simply make those wants very different.  This is another easy way to instantly add conflict to a scene. So let’s say JoeBob just wants to ask the girl out. And the girl just wants to leave the house, because she’s running late. Instant conflict! He’s trying to keep her there so he can finally build up enough nerve to ask the question and she’s just trying to get the heck out of there.

Of course, your conflict can be a lot bigger than this. Like bombs going off and fight scenes and the end of the earth, but every single small scene also should have conflict too.

3) For every scene you write, ask yourself, “Is this scene necessary?”

So what makes a scene necessary? Well, it should do one of two things:

So every time you start to write a scene, write down what the point of the scene is (on a separate piece of paper or notebook). Make yourself clarify what this scene is for. Is it introducing a new character? Is it showing a relationship between two characters? Is it setting up a major fight or disagreement? Basically you’re answering the question: What will the reader get out of this scene? If you can’t answer this question, the reader is probably not getting anything out of the scene and you can probably cut it or skip it.

This makes the scenes feel more engaging and it helps with the pacing of your plot. Your story will feel more fast-paced if it’s filled with these kind of emotional ups and downs, or what I like to call “the bouncing ball” effect.

I know a lot of classic writing advice tells you to show not tell, but I’m a believer that all great fiction does both. The key is to know how to blend the two together. I like to show things and then use telling elements to enhance what I’m showing.

Here’s an example from my book A Week of Mondays. This is from the beginning when you first meet the character of Owen. I’ve used both Show and Tell method to introduce the relationship between the main character of Ellie and her best friend, Owen. I show you their relationship but also tell you key details that you need to know in order to enhance what’s being shown.
##

He stops when he hears the song playing. “Uh oh. What happened?”

I give him a questioning look.

He plops his backpack on the floor and climbs into the passenger seat. “You only put the Beach Boys on after something bad happens.”

I scoff at this. “My life doesn’t have to be in shambles to listen to the Beach Boys.”

He closes the door. “Yes it does.”

“What if I just felt like listening to something beachy?”

But Owen knows me too well. We’ve been best friends since the summer between third and fourth grade when he talked me into jumping off the ropes course telephone pole at Camp Awahili. “The Beach Boys are in your ‘Psych Me Up Buttercup’ playlist. And I happen to know that playlist is reserved for emergencies only.”

He gives his head a dog-like shake, flinging drops of rain from his dark, shaggy hair onto my dashboard. I grab the small cleaning cloth I keep in my glove box and wipe it off. Then I slump in my seat. “Fine. Tristan and I had a fight.”

What I did here was show you a little piece of their relationship with dialogue and character-driven action, and then I told you a little bit more so you fully understand that relationship. You can’t show everything and you can’t tell everything. You need to find that happy medium.

Those are my 5 tips for instantly improving your fiction writing! Want more? Be sure to check out my online Fiction Writing Course!