Finding My Heart Book: How I Wrote the Chaos of Standing Still 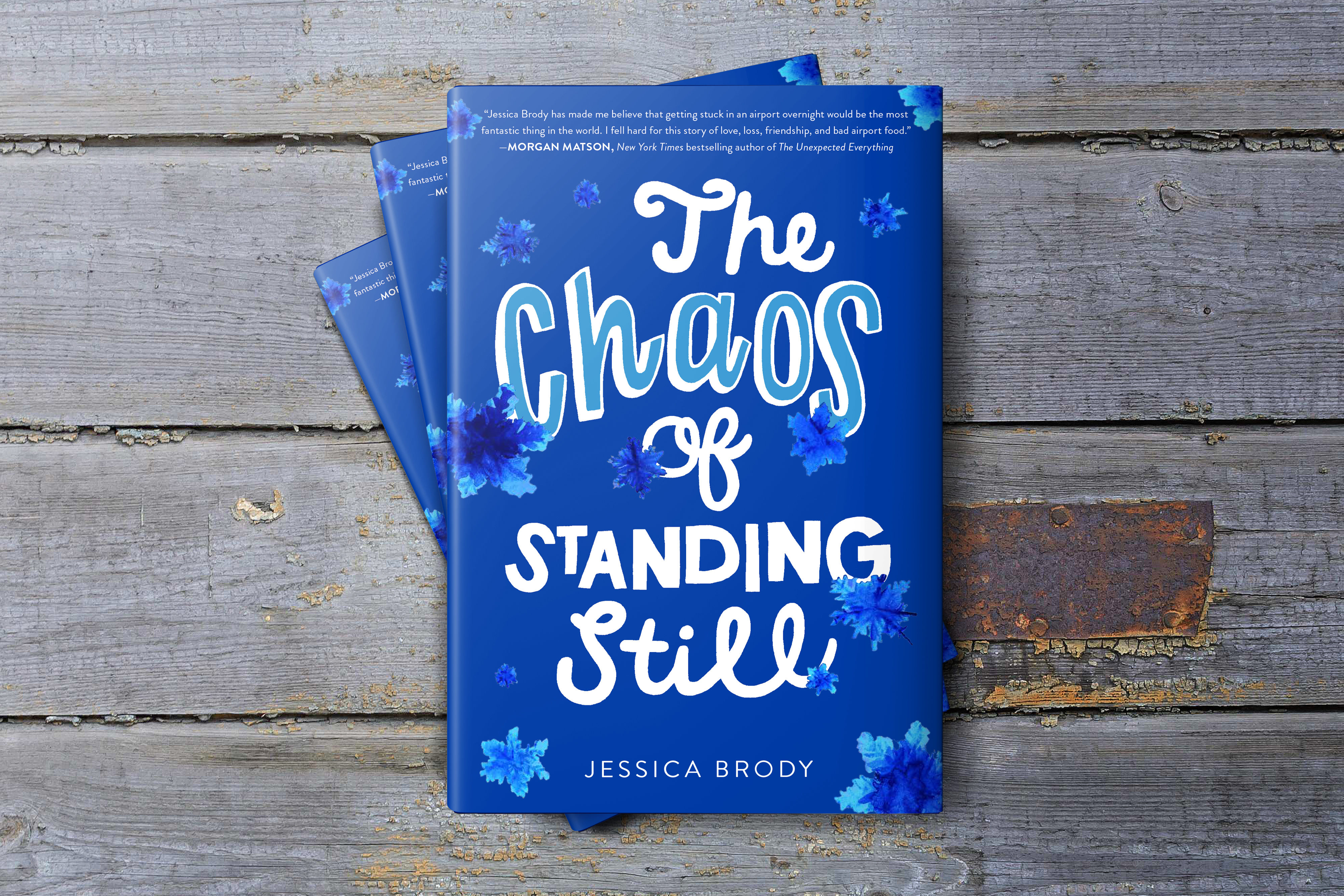 The Chaos of Standing Still is a very different type of book for me. I’d often heard authors, in the past, talk about their “heart books,” but I never quite understood what that meant. Wasn’t every book a “heart book”? Didn’t all books come from the heart? Wasn’t that the very essence of creative writing?

Then I wrote this one.

A while back, I had the idea for a fun, carefree “rom com” about two teens who meet while stuck overnight in the Denver airport during a massive blizzard. (No surprise with the amount of time I’ve personally spent in the Denver airport). And when I started writing it, that’s all it was: a fun rom com. With meet cutes, and illegal hotel parties, and food court serenades, and Illuminati conspiracies (FYI, the Denver airport is full of them.)

And trust me, that’s all still in there.

But then came Lottie. She was a character who literally just “appeared” on the page with no warning. She was not in the original outline. She was unlike any character I’d ever written. She was fun, she was spunky, she was bold, she spoke her mind.

And she was very, very…

Confused by this sudden change of events (and tone), I decided to roll with it. I kept writing. And I soon discovered that Lottie was the best friend of the main character, Ryn, who had died in a car crash one year ago today. A car that Ryn should have been in, but wasn’t.

Ryn has been unable to let her best friend go. Literally. Lottie is still trapped inside Ryn’s head, still offering her opinions on everything, still guiding Ryn the same way she used to do in life.

The Chaos of Standing Still is a book about love, about loss, about friendship, about grief. It’s even a little bit about Illuminati conspiracies. But most of all, it’s a book about what happens when you are literally stuck somewhere (standing still) and you can’t move on.

I could speculate for days on how I came to write this book, or why Lottie suddenly appeared on the page of my fun, carefree rom com. But I won’t bore you with that. Just know that for some reason I had to write this book. Like Ryn, I was clearly struggling with some unresolved grief that had to get resolved somehow. So I (involuntarily) chose to resolve it in the form of a book. This is that book.

So, welcome to my very first “heart book.” I now understand what that term means. It’s not a book I love any more than my other books. It’s not even necessarily my favorite book that I’ve ever written. It’s simply the book that my heart needed to write.

Yes, it has all the laughter and swooniness you’ve probably come to expect from my contemporaries. But it also has something else. A layer I’ve never dug deep enough to reach before.

Whatever you need to feel right now, I hope it does that for you.

Because that’s exactly what it did for me.

From my heart to yours,

Click here to read more about The Chaos of Standing Still – in stores now from Simon & Schuster!

Filed under: Behind the Book Big News Books

Tagged with: behind the book new release the chaos of standing still