How to Outline a Novel (for beginners or pantsers!) 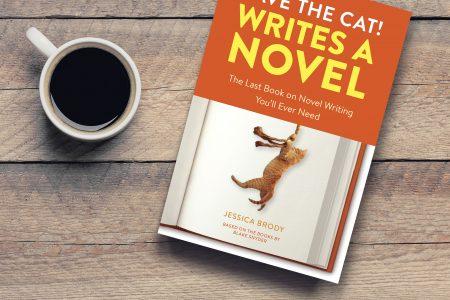 My first piece of advice to anyone who wants to write a novel is to start with an outline. But I know that’s easier said than done. Especially if you’re writing a novel for the first time, or if you’ve always considered yourself a “pantser” (a writer who writes by the seat of their pants) and the idea of outlines terrifies you!

So, I decided to provide you with the most basic, stripped down, condensed version of a novel plot outline that I could come up with. Basically, I’m providing you with an OUTLINE of an outline. 🙂

If you’ve already downloaded my Save the Cat! Writes a Novel Starter Kit, or you’ve taken by Save the Cat! Online Novel Writing Course then you have a more expanded version of this novel-writing template. But for those of you who don’t have time to figure out all 15 beats of the Save the Cat! method, or are too daunted by the idea of creating an entire novel outline before you even start writing, or for those of you who just want to start off with something a little more simple, then this Outline of an Outline is for you. Think of it as a “Novel Starter Outline”

Okay, so in order to write a compelling first draft of a novel, I believe that all you need are the following five “beats”. I call these the “Foundational Beats.” Or the “Turning Points.” You’ll find these 5 beats in EVERY great story ever told (movies and novels alike!) These are the beats on which all other beats hinge on, which is why I like to figure these beats out before I start filling in the others. Granted, you can’t survive on 5 beats alone (Eventually you’re going to need more) but these 5 foundational beats will definitely get you started and off the ground.

So here they are:

10% of the way through your novel, you absolutely, positively must have an inciting incident. No exceptions. Something BIG has to happen to your main character that turns their status quo world upside down. Breakups, deaths, and getting fired are always popular choices. Basically, anything that the character was NOT expecting and that is life-changing enough that your character can’t return to their old ways of doing things afterward.

20% into your novel your character must enter some kind of “new world” or try a “new way of doing things.” Hopefully, if you’ve made your Catalyst big enough, this won’t be hard to do. The old world has already been turned upside down, it should be too big of a stretch to push your character into doing something different. For a bit more about this, check out my video dedicated entirely to Break into 2 beat.

Halfway through your novel, another change should occur. Sometimes this comes in the form of a second catalyst, sometimes it comes in the form of a giant break-through, realization, or plot “twist”. But this beat should contain either a “false victory” (the character gets what they think they want) or a “false defeat” (the character loses what they think they want, or fails to get it.) This victory or defeat is what sends the story in a new direction. Because either they got what they wanted and their big life problems still exist or they haven’t gotten what they want and their problems are bigger than ever. Either way, the character has to try something else, yet again.

It’s exactly what it sounds like. 75% of the way through the novel, your character should hit some kind of “rock bottom.” The lowest of the low. Something happens to them (wow! another catalyst!) that brings them to their lowest point of the entire story. A point from which, they don’t believe they’ll ever bounce back.

But bounce back they do! Huzzah! A solution to all problems! This moment (usually coming around 78-80% into the novel) is when your character finds a solution and makes some kind of proactive choice to act upon it. This will push the story into Act 3, which is all about the resolution, or in other words, the cleaning up of all the messes they got themselves into in Act 2.

So, how’s your story idea looking now? If you want/need more structure, be sure to download my Save the Cat! Writes a Novel Starter Kit. But if nothing else, I urge to start thinking about these 5 turning points throughout the story. If you can nail down at least an idea of what these 5 beats are and write toward them, I promise writing your novel will be a much smoother, more enjoyable process!

Want to learn more? Check out my Save the Cat! Online Novel Writing Course