Welcome to the Spring 2018 YA Scavenger Hunt! At this hunt, you not only get access to exclusive content from each author, you also get a clue for the hunt. Add up the clues, and you can enter for our prize–one lucky winner will receive one book from each author on the hunt in my team! (THE BLUE TEAM!!) But play fast: this contest will only be online for 5 days! 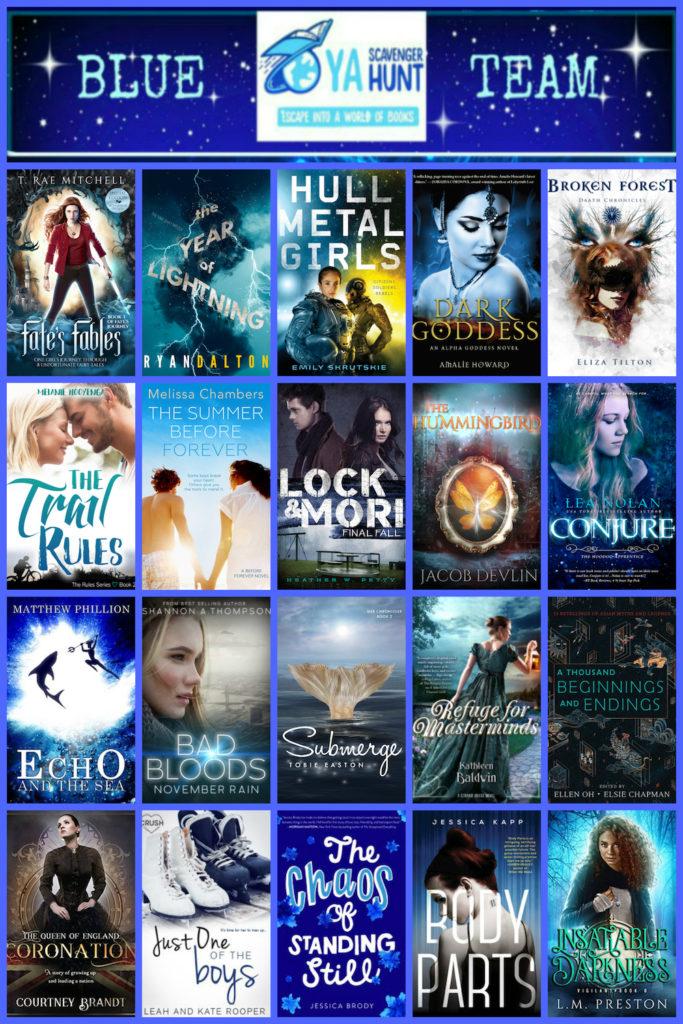 Go to the YA Scavenger Hunt page to find out all about the hunt. There are six contests going on simultaneously, and you can enter one or all! I am a part of the BLUE TEAM — but there is also RED, GREEN, GOLD, PINK, & PURPLE teams for a chance to win a whole different set of signed books!

If you get stuck or need help, you can check out the How to Hunt page.

Directions: Below, you’ll notice that I’ve listed my favorite number. Collect the favorite numbers of all the authors on the BLUE TEAM, and then add them up (don’t worry, you can use a calculator!).

Rules: Open internationally, anyone below the age of 18 should have a parent or guardian’s permission to enter. To be eligible for the grand prize, you must submit the completed entry form by Sunday, April 8th, at noon Pacific Time. Entries sent without the correct number or without contact information will not be considered. 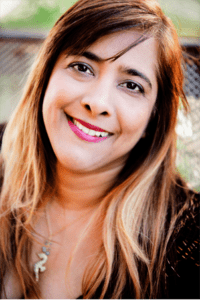 Today, I am hosting Amalie Howard on my website for the YA Scavenger Hunt!

AMALIE HOWARD is the award-winning author of several young adult novels critically acclaimed by Kirkus, Publishers Weekly, VOYA, School Library Journal, and Booklist, including Waterfell, The Almost Girl, and Alpha Goddess, a Kid’s INDIE NEXT selection. Her debut novel, Bloodspell, was a #1 bestseller in gothic fiction, and the sequel, Bloodcraft, was a national IPPY silver medalist and Children’s Moonbeam Award winner. She is also the co-author of the #1 bestsellers in regency romance and historical fiction, My Rogue, My Ruin and My Hellion, My Heart, in the Lords of Essex historical romance series. She currently resides in Colorado with her husband and three children. Visit her at www.amaliehoward.com. 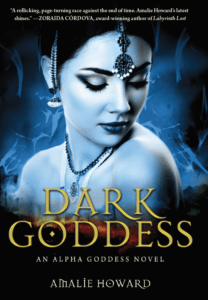 After a fierce struggle that unseated the Azura Lord of Death and elevated Serjana Caelum’s best friend, Kyle, to his role, the realms of existence appear peaceful, and the balance between good and evil—which Sera is sworn to protect—has been restored.

But a new threat to humankind has already begun: a scourge of demons has been invading the Mortal Realm, and no one can find the portal they’re using. In response, the gods of Illysia send Kira, the living incarnation of Kali, goddess of destruction.

Stunning and dangerous, Kira plans to protect the heavens at all cost, even if it means destroying all of humanity to do so. Soon Sera and Kyle find themselves not only fighting the demon plague, but racing against Kira to save the Mortal Realm. But when an even more sinister threat arises—putting not just the human world but all planes of existence in jeopardy—they must all learn to work together or lose everything they sacrificed so much to save.


Demons were festering in the Mortal Realm.

No matter how hard they attempted to hide their disguises—human, animal, or otherwise—the Goddess of Destruction could see the rakshasas plain as day, scattered like black poisonous dust, tainting the very air around them. They lurked in any dark hole they could find.

The goddess frowned. Size was immaterial. Small demons were as clever and insidious as their larger counterparts. At times, even more so. Even now, she could foresee the black dust multiplying, paving the path for something monstrous . . . a plague that would only spread if left unimpeded.

Lord Devendra had been wise to forestall the end of the world by banishing the Kali rakshasa months before, with the help of his consort Lady Serjana and their mutual ally Kalias. But the truth was, the fate of man had been sealed the minute the binding wards of the Mortal Realm had been breached by Ra’al, the Demon Lord of the seventh level of hell. The gates of Xibalba had been opened, its very stench seeping through its seams and into the human world.

It was too late.

The Mortal Realm had to be cleansed. It had to be destroyed.


Thanks for stopping by my blog, Amalie! Don’t forget to enter the contest for a chance to win a ton of signed books by me (Jessica) and more! To enter, you need to know that my favorite number is 11. Add up all the favorite numbers of the authors on the BLUE TEAM and you’ll have all the secret code to enter for the grand prize!

To keep going on your quest for the hunt, you need to check out the next author on Emily Skrutskie’s website.