How to Liven Up a Flat Scene or Chapter 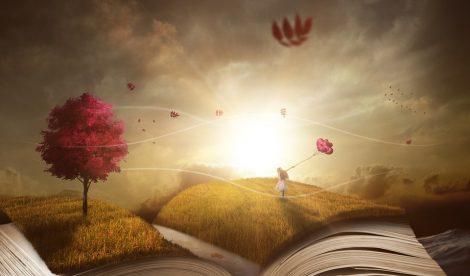 If you have a chapter that’s feeling a bit…well, meh. Try out this Writing Mastery hack!

Basically it breaks down to this: Don’t give your reader EVERYTHING they need to know all at once. Keep a few key details in your pocket for later.

In the opening scene of MY LIFE UNDECIDED (my young adult novel which released about a girl who puts her life up to a vote on the internet) I struggled immensely with the opening chapter. I knew that I wanted to open the book right after the hero, Brooklyn Pierce, has burned down a model home in her mother’s housing development during an unauthorized party that she threw there. But every time I wrote the scene (and trust me, there were SEVERAL drafts), it always felt flat. It wasn’t engaging enough. Especially for the FIRST make-or-break chapter of the novel. I kept wasting countless precious lines info-dumping about the party, the model home development, how the fire started, blah, blah blah. In short, it was BORING…because (as I soon realized) I was giving away TOO much at once.

I eventually realized that I didn’t HAVE to give the reader all that information…at least not yet. (AHA!) I could essentially “hide the ball.” Now if you read the scene (which I’ll link to here if you’re interested), I don’t actually tell you what happened right before the book begins. I don’t tell you there was a fire, or a party, or even a model home. All you know is that something BIG is going down. And Brooklyn Pierce is in deep trouble. There is chaos and sirens and regret. And by the end of the chapter, Brooklyn is being taken away in a police car.

Well, the reader has to turn the page and read the next chapter to find that out. And that, my friends, is the magic of Hiding the Ball. It’s a tease. It’s an attention grabber. Sometimes letting your reader wonder and guess and speculate is sometimes all it takes to get them to chapter two. But beware! Like all great magic, there’s a dark side. Hiding the ball for too long can lead to “reader fatigue,” confusion, and someone yelling, “JUST TELL US WHAT’S HAPPENING ALREADY!” So use this magic wisely.

But I urge you to play around with it. Take a scene you’re currently working on or struggling with (any scene will do!) and try hiding that ball. What can you NOT give away to the reader? What secrets can you keep from them? Let your reader do a little work of their own. Make them WORK for the answer. An active reader is an engaged reader. And an engaged reader is a happy reader. Good luck!

Before you can write the first chapter, you have to start with the perfect book idea! Check out my online course, Develop Blockbuster Ideas that Sell for help brainstorming your bestseller!