Make Every Single Scene RIVETING! (The Save the Cat! Chapter/Scene Beat Sheet!)

I’ve been using the Save the Cat! methodology to structure and plot my stories for more than ten years and
17 novels now. I even wrote a book on this very topic and created a Save the Cat! companion course. And yet every day, I feel like I’m still learning and expanding my knowledge about this very marvelous thing called story structure and the seemingly magic “secret code” that appears inside all stories. This code or skeleton or framework or “beat sheet” appears in all great stories. It’s basically the secret sauce that makes stories work. And it’s this very code that I breakdown and teach others how to use in my book, Save the Cat! Writes a Novel. 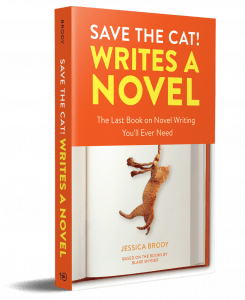 But did you know that the code doesn’t just appear in stories as a whole?

It can also be found in smaller chunks of narrative, like an individual scene or chapter? That’s right. I’ve recently discovered that many of the 15 beats that make up the Save the Cat! Beat Sheet can be found in scenes of books and movies. Not just in the plot of the book or movie itself. And since discovering this, I’ve started to use this to outline individual scenes and chapters in my novels before I sit down to write them, or when I’m trying to revise a particularly tricky scene that I can’t seem to get to work.

And similarly, in some of my older novels that I wrote before I discovered this little trick, I’ve found that scenes I LOVE (that seem to work especially well) tend to have many of the key beats that make up the Save the Cat! beat sheet. Meanwhile scenes that I struggled to write or that I still think fall flat, don’t have enough of those key beats. WHOA. MIND BLOWN. 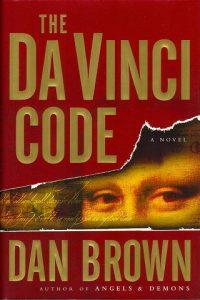 I’ll show you what I mean. I’ve taken the liberty of analyzing Chapter 1 of a very popular and successful novel called THE DAVINCI CODE by Dan Brown. As you can see, the scene has TEN of the 15 beats right there in this short 5-page chapter! And here they are:

Ending a chapter or scene on the Break into 3 beat, or even on the All is Lost beat is an effective and common strategy because those are the beats that would usually form a cliffhanger or a question to be answered, leading to the next scene/chapter where the answer to that cliffhanger or question becomes the new scene’s Setup. And on and on it goes!

Imagine if every scene or chapter in your novel had Catalysts and Midpoints and All is Losts. What an exciting, non-stop, page turner that book would be! Now it’s important to note, “scene beat sheets” are going to feel much LESS dramatic than full plot beat sheets. We can’t have EVERY scene have life-changing stakes and mind-blowing plot twists, but we can create scenes that are dynamic and interesting, simply by making sure our scenes have at the very least the following beats:

So there you have it. A proven template for making every scene or chapter in your novel dynamic and engaging. Give it a try. Find a problematic scene in your own current work in progress and see if you can identify which beats are missing. What happens when you try to restructure and rewrite using the template above. Does it help???

Want more Save the Cat!? Be sure to check out my online Save the Cat! Novel Writing Course available at the Writing Mastery Academy!