How to Revise a First Draft (5 Novel Revision Tips) 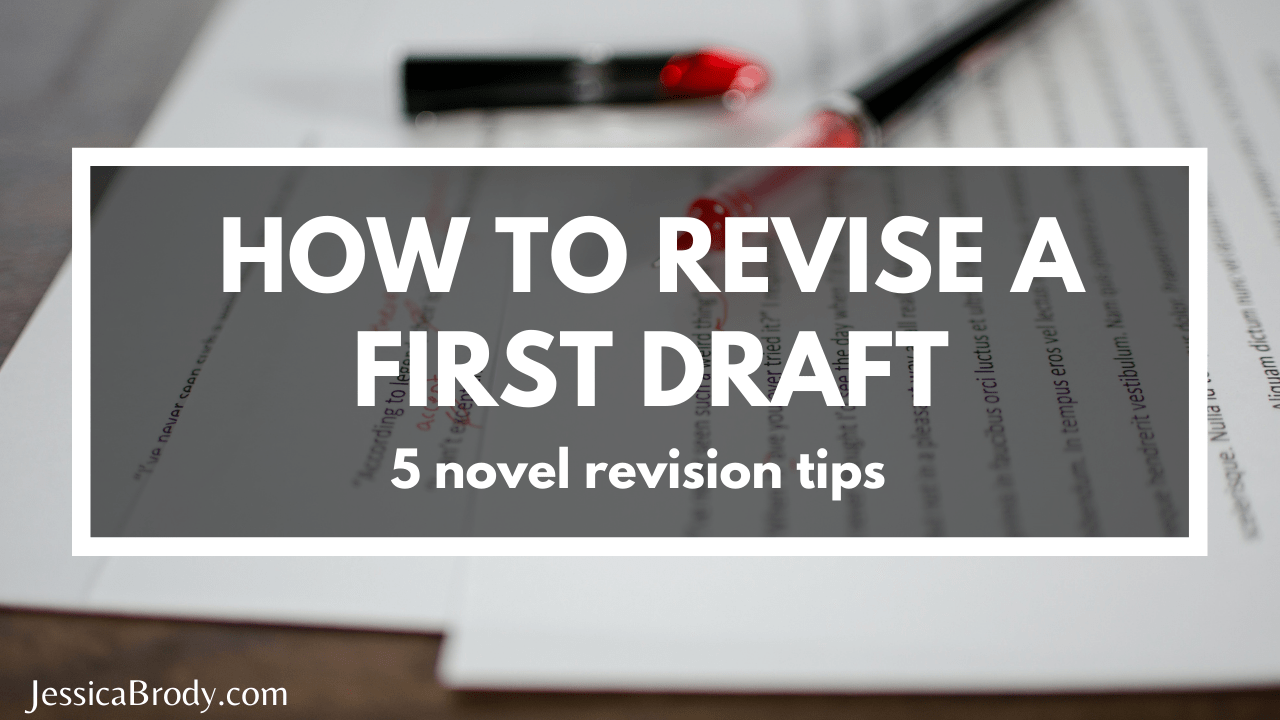 When I finish a first draft I immediately start to think about my revision plan and soon (after a much-needed break!) you should too!

Here are the 5 things I focus on for my first revision pass. My hope is you’ll recognize some of these problems in your own manuscript and that this list might help you create your own revision plan.

1) Determine Which Beats are Too Long (or too short!)

For me, it never fails. ALL my first drafts are always too long and I end up cutting. Maybe you have the opposite problem. Or maybe some parts are too long and others are too short. Either way, it’s highly unlikely that your first draft is going to be perfectly paced. That’s why, one of the first things I do when starting to revise, is turn to my trusty Save the Cat! Page-Count/Word-Count Calculator. This nifty tool helps you determine which beats need lengthening and which beats need trimming. Just pop your total manuscript word count (or page count) into the calculator and see where the beats should ideally be falling.

When I finished the first draft of my newest middle grade novel, I SPEAK BOY, my Set Up beat was about 50 pages too long. YIKES! So that’s where I spent a lot of my “trimming” efforts in the first pass of revisions. I looked for scenes that could be deleted or combined, information that I might be able to move to Act 2, or maybe just more efficient ways to get information across (like did I really need an entire conversation about something when just a 1-2 sentence summary would do?)

Not to be confused with the “Set Up” beat of the Save the Cat! beat sheet, a set-up/pay-off combination is when you establish something earlier on in the story so that you can effectively pay it off later. Like in my story, I decided about halfway through that I want a certain character to have a big secret that’s revealed near the end of Act 2. The problem is, that character was barely in the story in the first draft, let alone dropping all sorts of clever hints about this big secret. So, as I moved through the second draft, I started “sprinkling” (as I like to call it) hints about this secret and making sure the character is present enough in the story for the reader to remember him but not enough for them to predict that he’ll be extra important later. (Sneaky Writer Manipulation!)

If you’re anything like me, as you get deeper and deeper into the first draft, you tend to develop “tunnel vision” for the A Story. That’s the exciting, center-stage story. For I SPEAK BOY (about a girl who finds a magic app on her phone that can read boys’ thoughts), the A story is the app and all the cool things she can do with it. But that’s not enough to drive an entire plot. There has to be more stuff going on (B and C and D stories). I like to think of this “other stuff” as various threads. Sub-plots that are interwoven through the main plot and that usually speak to the underlying theme of the story. But when we’re uber focused on the A story in draft phase, we sometimes lose sight of those threads. I know I do!

For instance, I set up a fun sub-plot for my hero’s mom who has an annoying client at work and it’s driving her crazy. It’s a very small thread but I lost it early on. It sort of just fizzled out as I got further along into the A story. So I knew in draft 2, I would have to go back, pick up the thread, continue to weave it through, and make sure it had a satisfying ending that in some way ties into the bigger picture. 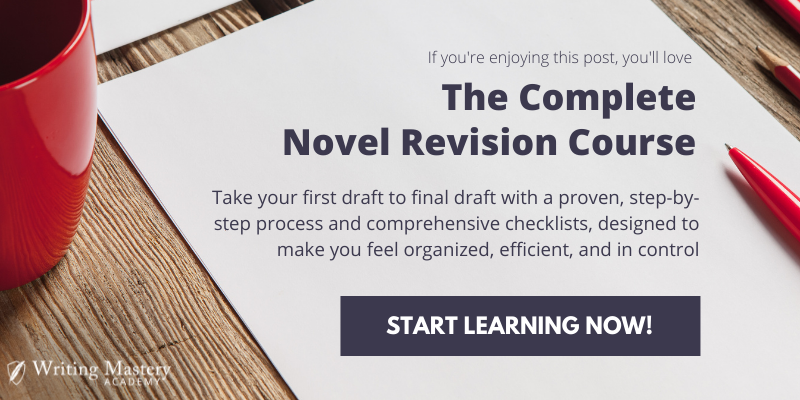 Oh man am I ambitious when I start a first draft? I have sub-plot ideas up the wazoo. I have set-ups that I know will pay off to the MAX. I have a thousand characters with secrets that will ALL be revealed by the end. (And I wonder why my first acts are always too long!)

Then, inevitably, I start getting toward the end of Act 2 and I’m like, “Oh crap, I don’t have time or space to continue all of those threads!” Or “Why on earth did I think having a random sub-plot about an anonymous online Monopoly player was a good idea?”

If you’re like me, then your first draft is probably littered with unfulfilled dreams (ahem, I mean, plot points) and now we have to go back and sweep up the burnt ashes of what could have been. Basically any thread I started or character I introduced that doesn’t serve a thematic purpose for the story, I’m going to have to cut or replace with one that does.

5) Make Sure Your Story Follows the Actual Rules of Nature (i.e. Fix Timing)

I don’t know about you, but I tend to draft in a timeless vacuum. Time doesn’t really exist in the world of my first drafts. It’s Monday, then suddenly Thursday, then Sunday. Plus, I’m pretty sure, throughout the course of my story, my character’s Language Arts class occurs at three different times of day.

Now, unless you’re writing a time travel story, these details eventually have to get ironed out. They’re just not super important when you’re laying down the foundations of the story. But now it’s time to establish a timeline and make sure your story adheres to it. I like to use Excel spreadsheets to organize my timeline or sometimes I’ll download and print a blank calendar from the internet (like this one) and physically write in what happens on which days so I can see it more clearly. (Also feel free to just google “Blank Monthly Calendar” there are loads of options, including free templates for Excel and Word).

So, there you have it: my first steps for building a revision plan.

Did you know you can get unlimited access to ALL my online writing courses + my monthly webinars? Check out the Writing Mastery Academy to enroll!