Juggling Multiple Points of View in Your Save the Cat! Beat Sheet and Novel 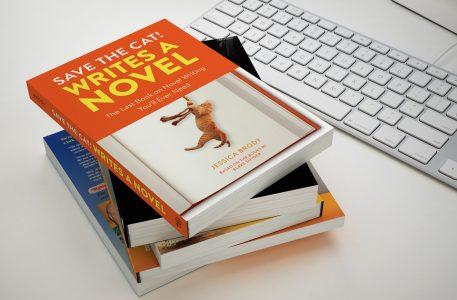 Today we’re talking about heroes…plural. What do you do when you have multiple points of view in your novel and need to juggle multiple Save the Cat! beat sheets (and character arcs!)

Here’s another question I get a lot from writers who have read Save the Cat Writes a Novel or enrolled in my Save the Cat! Online Course:

If I have multiple POV-characters, do I need multiple beat sheets?

The short answer is: yes!

But let’s take a look at that answer in my more detail.

The “beat sheet” is, of course, referring to the Save the Cat! plotting method that I teach in Save the Cat! Writes a Novel and my online course, Write a Bestselling Novel in 15 Steps.

When you’re dealing with a novel that has multiple point-of-view characters, a simple rule of thumb would be:

In other words, for every POV character in your story (assuming they have a point of view that continues throughout the entire story, and is not just sprinkled in sporadically as a plot device), you should track that character’s transformative arc with a beat sheet. Because what the Save the Cat! Beat Sheet really is, is a road map for change. It guides us through the character’s journey toward thematic growth. And that thematic growth is why we CARE about who’s telling us the story.

So therefore, for every character you want your reader to care about or be invested in (this includes antagonists!), they should have a trackable arc toward some type of change.

So, does that mean that every character has ALL 15 beats of the beat sheet? Even beats like Theme Stated, B Story, and All is Lost (Another question I hear a lot).

And the short answer to that is also…YES!

OR…you can have multiple POV characters who have their own unique set of 15 beats. This is what my co-author, Joanne Rendell, and I did in our YA sci-fi/fantasy, Sky Without Stars (the first in the System Divine trilogy.) In this sci-fi re-imagining of Les Misérables, we have three POV characters who all have their own distinct 15 beats. AND, because it’s a revolution story during which the planet of Laterre is spiraling toward civil war, we also crafted what we called the “world beat sheet,” which tracks the political transformation of the planet (as if it were its own character), complete with its very own Theme Stated beat!

But it’s also important to remember that the beats of multiple characters don’t have to come at the same time, nor be the same length. In Sky Without Stars, our third POV character, Alouette, doesn’t enter the story until page 83, which means while she’s having her Opening Image and Set Up, the other two characters, Chatine and Marcellus, are already well into their Debate beats. And because Alouette’s story starts so late, her beats are much more compressed. For example, Alouette’s Opening Image and Set Up beat are combined and only take up 9 pages, while Chatine’s Set Up is 27 pages and Marcellus’s is 14 pages. In fact, most of Chatine’s beats are longer than the other character’s, because she’s what I like to call the “one true hero” of the book.

I always recommend, regardless of how many POVs you have, that you choose a “one true hero” for your plot. This is the character who changes the most and who will serve as the reader’s primary “guide” through the world of your story. For this reason, they are also usually the character we meet first, and naturally, they will get the most page-time (and beat-time!) in your story.

For the System Divine trilogy, because we have three books and three main characters, we chose to have each character be the “one true hero” for each of the books. In Sky Without Stars, it’s Chatine. If you read the book you’ll see, she definitely has the biggest arc and the most pages devoted to that arc. She’s also the character you meet first. But for book 2, Between Burning Worlds, the “one true hero” is Marcellus. Although the other two characters continue to change and grow, this is more his story. He has the biggest reveals, the biggest decisions to make, and the biggest emotional transformation. We also start the story with his POV. And now, as we gear up to write book 3 (title to be released!), we are focusing the majority of our beat sheet efforts on Alouette, putting her and her transformative journey front and center in the story, while still making sure that the other characters are continuing to arc as well.

So, yeah, no one said writing a multiple-POV, multiple-book series was easy!

Take your writing to the next level. Check out the Writing Mastery Academy where you can get access to all of my online courses plus monthly writing webinars!