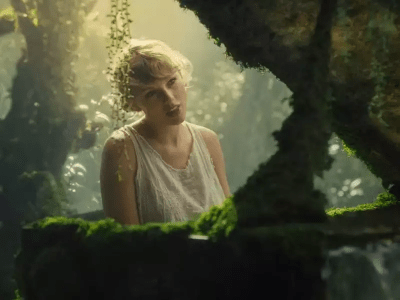 Taylor Swift’s new album, folklore, is here and critics are already calling it her “storytelling album”. That seems to fit given that her first released video from the album, “Cardigan,” follows ALL of the key story beats!

I realize there’s about a zillion analyses and lyric interpretations floating around out there, as Swifties everywhere attempt to decode all the secret meanings and uncover all the hidden easter eggs. I’ll leave that to the experts. Instead,  I thought I’d throw my interpretation into the mix, from the point of view of a fan and a fellow storyteller. 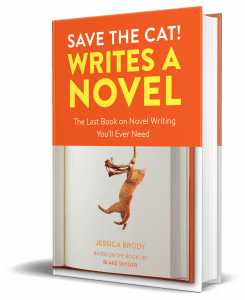 If you haven’t seen the video for Cardigan yet, be sure to watch it below before reading the post! Or feel free to watch it beat by beat along with my breakdown!

As with all of my Save the Cat! Beat Sheets, this is only my personal interpretation of the story, analysed for educational purposes.

A set of old, broken piano keys, which we will soon discover has the ability to transport our hero (Taylor) and ourselves into the past to revisit and relive things that have been broken.

Pull back to reveal that we’re in a very interesting setting: a small house or cabin that looks cozy but definitely old and perhaps abandoned or neglected. Taylor is singing at the piano, conjuring up vivid images of things from the past, like “vintage tees” and “high heels on cobblestones,” “sequin smiles” and “sensual politics.”

Her voice and her word choice and everything about this scene, down to the warm fire and her comfy nightgown, evoke a feeling of coziness and nostalgia, thus bringing us to the hero’s flaw: An inability to let go of what could have been, which leads to a tendency to romanticize about the past, instead of seeing it for what it really was. This is perfectly summed up later in the story, when she sings, “I knew you’d haunt all of my what-ifs.”

Here is a hero who can’t move on and keeps returning to the past (represented by this cozy cabin with its dilapidated piano).

Right in the first verse, Taylor sings the theme of the story (the first of several times): “When you are young, they assume you know nothing.”

This video is a story about growing up and gaining perspective on the past (in particular, a past relationship),  something that’s almost impossible to do when you’re in it. When you’re “young” and :”know nothing.” Even as she negates the line, repeating “But I knew you…” we still come to realize that her view of the relationship (i.e. what she thought she “knew”) was skewed.

When the video starts, the hero is still stuck in that past, clinging to her romanticized memory of the relationship, but through her journey, she will eventually come to have perspective on it, something only time and growing up can give you.

The story reaches its first turning point as Taylor opens the lid of the piano to find a magical golden glow inside. This is another nod to looking at the past through a golden, romanticized lens.

But what is this magic glow? And what will she do about it? This immediately becomes the Debate question.

Duh! She’s going to climb into the piano to chase the glow. Because as any good storyteller knows, that’s what heroes do: they chase the wrong thing. They first “fix things the wrong way” (as I explain in Save the Cat! Writes a Novel). And right now, as we launch into Act 2 of the story, our hero is still flawed, still chasing that romanticized version of the past, right through the magic portal in her piano.

Taylor emerges in a whole new world (the upside down world of Act 2). It’s quite different from the cozy, warm cottage we just left. Now we’re in a magical, enchanted forest where moss has grown over everything, including the piano (another nod to the passage of time). There’s even a waterfall flowing out of the piano. If this is not a magical nostalgic view of the past, I don’t know what it is.

Here, Taylor continues to play and sing, reminiscing even more about this past relationship. Lyrics like “Playing hide and seek and giving me your weekends…your heartbeat on the High Line, once in twenty lifetimes,” give us a feeling of excitement and possibility. While the title lyric–”And when I felt like I was an old cardigan under someone’s bed, you put me on and said I was your favorite”–gives us a sense that this relationship seemingly “saved” our hero from feeling lost and lonely. She relied on this other person to make her feel worthy.

We feel like we’re on an upward path here. Following that golden glow into this romanticized version of the past feels magical and wondrous. We’re back in the excitement and sentimentality of the relationship. This seems to be what our hero is feeling too as she smiles whimsically and gazes around the forest with an almost sublime expression while beautiful golden light streams from the sky above her. We also get a glorious wide shot of Taylor at her piano, which is perched (a bit precariously) on the edge of a cliff, as the piano waterfall cascades over the side.

Is that cliff a hint of things to come? Of how dangerous romanticizing the past can be? Waterfalls are beautiful and magical…until you follow them down to the sea below. But I’m getting ahead of myself.

The piano is the only other “character” in this story and it does a fantastic job of representing the theme, serving as Taylor’s guide throughout the entire story. The magic of the piano (and her music) transports her to fantastical worlds and stormy seas, before finally bringing her back home and to the truth she needs to learn.

False Victory. Right at the middle of the video, things seem to be going well for Taylor, our hero. This feels like the right place to be, led into the past by a tempting, golden glow, surrounded by enchantment, wonder, and dreamy memories.

But then, comes a twist.  Taylor sings, “You drew stars around my scars,” another reference to this past relationship “saving” her. But this one is quickly followed by a darker turn. “But now I’m bleeding.”

The stakes are raised as we start to wonder if perhaps this relationship wasn’t as perfect as it seemed.

Of course, it wasn’t. Because this is only the Midpoint. The story is not over. She can’t stay in this picture-perfect snapshot forever. The golden glow is back. Now it’s coming out of her piano bench. Where will it take her next?

Taylor emerges in a dark and stormy sea, desperately treading water and trying to stay afloat. She searches for help, casting her gaze from left to right, but it appears she’s all alone out here.

These seas represent the “bad guys” of the story, and they’re literally closing in.

On the one hand, the sea symbolizes the stormy nature of the relationship she’s been reminiscing about. The truth is starting to come back: it wasn’t as magical and wondrous as she’s been remembering. We get hints of loss and leaving from the lyrics, “Tried to change the ending, Peter losing Wendy” (a nod to Peter Pan whose theme is also about growing up.) And “leaving like a father, running like water.”

On the other hand, the sea also symbolizes her own “internal bad guys”. Remember that flaw that was identified way back in the Set Up–an inability to let go and a tendency to over-romanticize the past? Now it’s catching up with her, as flaws often do, especially when we ignore them and try to “fix things the wrong way” (as our hero did earlier.) And now, if she doesn’t fix things the right way (i.e. fix herself), she will literally drown.

Taylor catches sight of a piano floating nearby. She swims to it and clings on. This is a hint that music can save us from our internal bad guys and inner demons, but she’ll have to figure out how. Until then, all she can do is cling to the keys while the storm continues to rage around her, seemingly growing worse.

Taylor rests her head against the piano keys like she’s giving up, succumbing to the sea.

As the camera zooms out to reveal miles and miles of empty ocean, we get a sense of loss and a “whiff of death” or ultimate defeat. She’s utterly alone out there, no one to help her but herself. In her lowest moment, she repeats the theme, “when you are young, they assume you know nothing.”

Meanwhile, as lightning strikes ominously nearby and the sea thrashes against the side of her piano, the lyrics match this low beat by hitting a low point of their own:

All hope definitely seems lost now. But then…

The magic golden glow is back. It’s coming from within the piano again. Desperately, Taylor lifts the lid and climbs in.

But not to escape into a romanticized version of the past. She’s now back in the cabin, which as we established earlier, does represent the past, yes, but it’s different now because Taylor is a different version of herself.

As is the case with so many stories, it’s not the world around the hero that changes, but the hero themselves, which is represented in this story by a return to the same house. The same past, just with a different perspective.

She shivers from the water, shaking off the final remnants of her old self and her old flaws. She finds a cardigan next to her on the piano bench. This is an obvious reference to the previous line in the song, “And when I felt like I was an old cardigan under someone’s bed, you put me on and said I was your favorite.” But she no longer needs this past relationship to make her feel worthy. She can do that herself. Which is why she now puts on the cardigan, wrapping her arms around herself to stay warm.

Which is why when we cut to…

Taylor is no longer looking at the old piano with its broken keys. No longer looking for an escape into a mystical version of the past she thinks she can find again. In a mirror to the Opening Image, she’s now facing the opposite way on the piano bench, looking determinedly into the camera. Into the future.

This journey has taken her into the depths of her subconscious and her past. She explored both the romance and the pain of it, the enchantment and the storm, until finally she found the strength to break herself free from its siren call.

The piano (and her music), as she discovered, is magic. It has the ability to transport her to both fantasy realms and stormy nightmares. But most of all, it has the ability to save her, by giving her the perspective that one can only get from time, and by looking back on the past, not with romantic notions, but with the goal of becoming a better version of yourself because of it.

And isn’t that exactly what Taylor uses her music to do? Isn’t that what music should do?

Check out my beat sheet for Taylor Swift’s Begin Again!

Get FREE writing tips delivered right to your inbox every month!
We respect your email privacy