10 Fixes to the Most Common Plot Problems in Novels 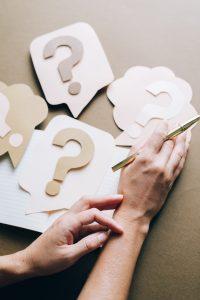 As we hit the two-year anniversary of the release of Save the Cat! Writes a Novel, I’m still constantly learning new things about the magic of the Save the Cat! Beat Sheet. And those new things are usually inspired by questions I get from other writers.

This particular writing tip was not inspired by one question, however, but by MANY.

Lately, I’ve been getting a lot of questions that eerily seem to have the exact same answer. Even though the questions themselves are quite different. Which got me thinking about that singular answer and how it might affect more of the story than I originally gave it credit for.

Do you want to know what that answer is? I figured you would.

I’m discovering more and more that a character’s goal(s) or “want” in a story (what they’re pursuing externally, as opposed to internally which is referred to as their ‘need”) is the key to fixing so many plot problems like:

The character’s goal is at the heart of ALL of these problems. Because the goal–or what the character is pursuing externally in the story–is the story. Or at least the external story. It’s what drives all of the character’s actions, decisions, and mistakes. All of the story’s suspense, conflict, and stakes. And it’s what ultimately drives the character toward the conclusion of their internal story (their “need”).

In other words, “What does the character want at this point in the story?” Is the question that solves everything!

And notice I wrote “at this point in the story.” Because a goal can and often does change. Not necessarily to an entirely new goal (although it can). Sometimes the goal simply shifts or intensifies or alters depending on where we are in the story and how the beat sheet is affecting that goal.

And yes, I’ve discovered that almost every beat in the story somehow interacts with your character’s goal.

It was this discovery that inspired me to break it down even further, into a list of 10 questions that you can ask yourself about your character’s goal (throughout the story) that will hopefully help you clarify any issues you’re having with your structure.

And here they are:

Now, I’ll answer these questions based on one of my recently drafted novels, I SPEAK BOY, a middle grade novel about a 12-year-old girl named Emmy who finds a magic app on her phone that can translate boys’ thoughts.

What does the hero want when the story begins?

To get her best friend, Harper, together with her crush.

How does the Catalyst change, evolve, or intensify that goal?

How does the help Debate clarify the goal?

During the debate, Emmy discovers her phone has a mysterious new app that can read boys’ thoughts. Hmm…

How does the Break into 2 solidify, focus, or change the goal?

Emmy will now use this app to find a new boy for Harper!

How does the character fare in pursuit of the goal in the Fun and Games?

The app is revealing all sorts of fun and interesting things about the boys in her school, but at first, not one of them seems to like Harper. Until she stumbles upon a boy sneaking a secret note into Harper’s locker.

How does the Midpoint (either a false victory or false defeat) intensify, diminish, or nullify the goal? Especially after the Stakes are Raised?

The app reveals that the boy who snuck the note to Harper does seem to like her. (False Victory!) who seems to have a crush on Harper (False Victory!) but when she tells Harper about it, Harper gets angry at her for meddling with her life and the two have a big fight which breaks up their friendship. The goal to get Harper together with a boy is gone.

What is the new variation or new goal presented in the Bad Guys Close In?

Because of the success of her app, a tons of girls want Emmy’s help “deciphering” the boys in their life. So her goal changes from helping Harper to helping the others.

How does the All is Lost represent a feeling of loss for the goal?

When Emmy’s new friend is revealed to only be using her for her “boy reading superpowers” and uses Emmy’s app to reveal a personal secret about one of the boys, Emmy is crushed. Her goal of using her app to help girls decipher boys has backfired.

How does the Dark Night of the Soul reflection shift the character’s perspective on the goal?

As Emmy reflects, she realizes that the app is “cheating.”

How does the Break into 3 present a brand-new, renewed, or altered goal (that is now more aligned with the character’s need)?

Emmy deletes the app from her phone. If she wants to “decipher” the boys at her school, she should really just talk to them. Face to face. Without the buffer of technology.

Want to learn the fastest, most efficient way to write novels (and finish them every single time)? Check out my Novel Fast Drafting course!