How do Prologues Fit into the Save the Cat! Beat Sheet? 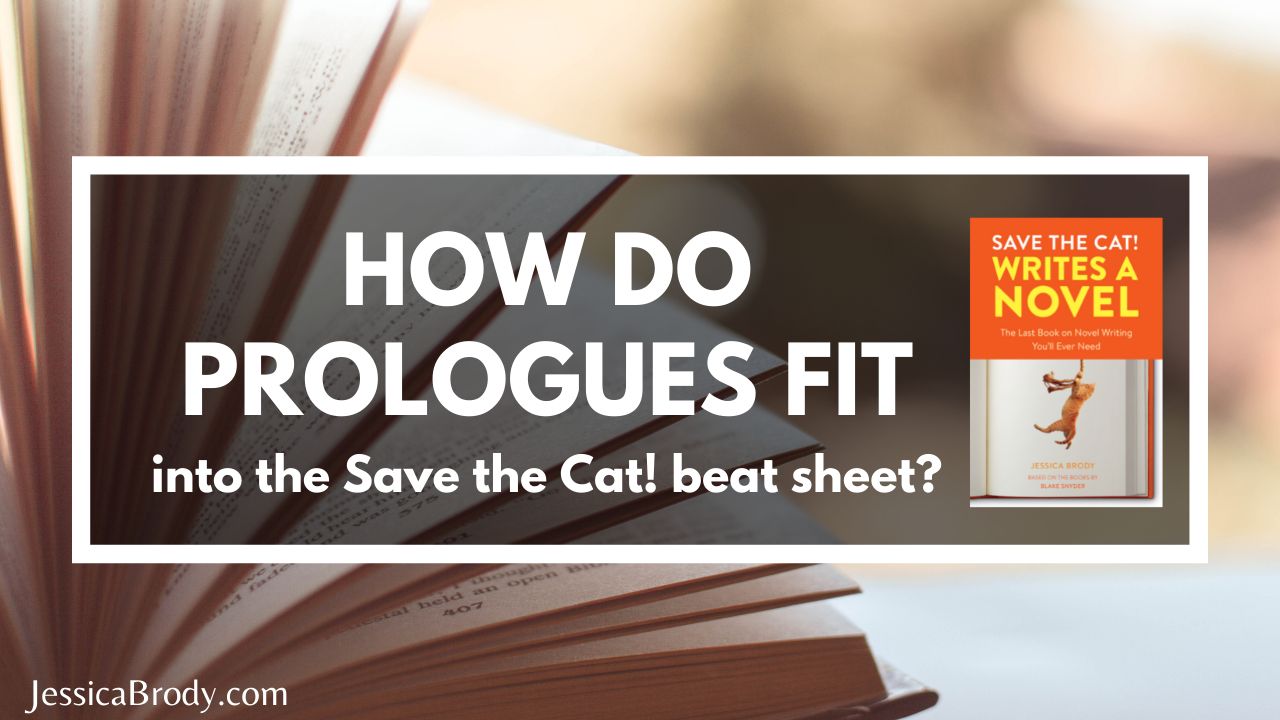 Prologues! Prologues! Prologues! It seems like everywhere I turn these days, I’m being asked about prologues. Namely, how do prologues fit into the Save the Cat! Beat Sheet? And whenever I get asked the same STC-related question an uncanny amount of times it makes me A) Wish I could go back in time and write my answer into Save the Cat! Writes a Novel because clearly, I missed this very important point! And B) Because I don’t live in an Out of the Bottle story and therefore can’t go back in time, it inspires me to write a blog instead!

So here we are.

Let’s talk about prologues. First, up a definition:

What is a Prologue?

A prologue is defined as a “separate introductory section of a literary work,” which I interpret to mean, a piece of narrative that is set apart from the main story in some way and for a good reason. (The key here is “good reason.” See below!)

When to Use a Prologue?

To me, prologues are the most effective when they do feel different from the main storyline. Either because of tone, point of view, perspective, timeline, or some other attribute. But in order to warrant the use of a prologue, you need to ask yourself, “what purpose does it serve to the reader’s experience?”

All of these feel like good reasons to have a prologue. If the prologue doesn’t feel separate from and important to the story, then you might not need it.

I can’t tell you how many prologues I’ve written into the first draft and then deleted in revisions because I thought it was important to the story, but really it was just me figuring things out and later deciding it wasn’t necessary. (Scroll down for a peek at one of my deleted prologues.)

How Does a Prologue Fit into the Save the Cat! Beat Sheet?

So what beat in the “Save the Cat” beat sheet is the prologue? Is it the Opening Image? Or something else?

Well, as I always say, “it depends.” (I swear that will be written on my tombstone!) And that’s why the question is worthy of an entire blog post!

It really depends on the function of your prologue. Is it serving to introduce your hero in a way that gives the reader their first glimpse at who they are, what their flaws might be, what their goals might be, or other crucial information? Then, yes, I would consider that your Opening Image.

However, if your hero isn’t even mentioned in the Prologue, or they play a very small part in your prologue, I would say that’s not your Opening Image, but rather a teaser, or sidebar to your story. I, personally, consider the Opening Image beat to be the reader’s first illuminating glimpse at the hero of your story (or one of them if you have multiple heroes). So if we don’t meet your hero in a significant way until chapter one, then that would probably serve as your Opening Image and should check all the boxes of an effective one.

Let’s break down a few examples! 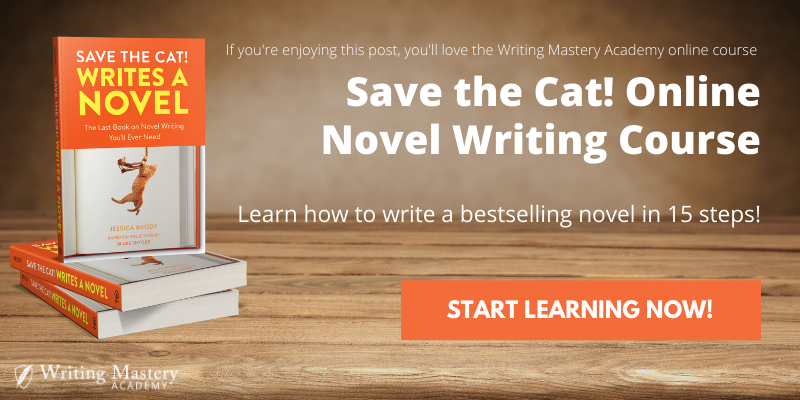 In this popular mystery novel, the prologue features a flash forward to the day of a big wedding. Outside a creepy storm rages, knocking out the power and all the lights. And then, someone screams in terror. That’s all we get! Talk about a teaser! Especially because you flip to the next chapter and author Foley has rewound in time to the day before the wedding and will work up to what we read in the prologue. I don’t consider this an Opening Image because we haven’t yet met any of the POV characters (the wedding planner, the bride, the best man, the bridesmaid, and the plus one.) But it’s introducing us to the narrative style of the story, which will be to jump back and forth between the wedding and the events leading up to the wedding. It’s also serving as an attention grabber for the reader. We want to know why that person is screaming in terror and we’re willing to stick around through some not-quite-as-exciting Set Up work to find out.

Ready Player One by Ernest Cline

On the other hand, the prologue of this tech thriller does serve as an Opening Image in my opinion, because not only are we getting a teaser of what’s to come (Cline teases the Catalyst beat in his prologue), we’re also getting a glimpse of the hero, himself, and his obsession with the Oasis (a futuristic virtual reality world), which is also part of the hero’s flaw (avoiding the real world.)

All the Light We Cannot See by Anthony Doerr

In the 8-part prologue of this Pulitzer prize winning historical fiction novel, we, the readers, get a glimpse at several things: the two heroes of the story (Marie-Laure and Werner), the major conflict of the story (World War II) and even the All is Lost beat to come (the bombing of Saint Malo). Author Doerr then cleverly weaves a past and present narrative together until we finally catch up to the prologue on page 433. The prologue serves as a teaser, an introduction to the narrative format, and a brief glimpse of the two heroes of the story. You could almost call it a Pre-Opening Image!

The Geography of Lost Things by Jessica Brody

When I wrote this young adult contemporary, I worried about holding the reader’s attention until I reached the Catalyst on page 20. Although I like what I have in my Set Up beat, I worried it might feel slow. So I teased the Catalyst right up front, but only with enough information to hopefully be intriguing, not enough to actually give away what the Catalyst is. In the short half-page prologue, a messenger appears at the hero’s front door with a special delivery from a man named Jackson who has been dead for two weeks. Later, in the Set Up beat, we’ll learn that Jackson is the hero’s estranged father who was always in and out of her life, and even later, in the Catalyst, we’ll learn what the messenger has brought. I didn’t consider this an official Opening Image, even though it does vaguely hint at the character’s flaw (being too quick to “throw people away” before giving them a chance at redemption). I think of it more as a teaser and chapter one as the “official” Opening Image.

Because the prologue is purposefully set apart from the rest of the story, it can serve many different functions and can also hint at many different beats. I’ve seen prologues hint at Catalysts, Midpoint twists, All is Losts, and even Breaks into 3. I’ve also seen the prologue hint at the theme of the novel, like in The Sun is Also a Star by Nicola Yoon.

It all depends on you, the story, and the way you want to tell it.

Click here to read the Deleted Prologue for A WEEK OF MONDAYS, my young adult contemporary novel.