How I Came Up with the Perfect Title For My Novel 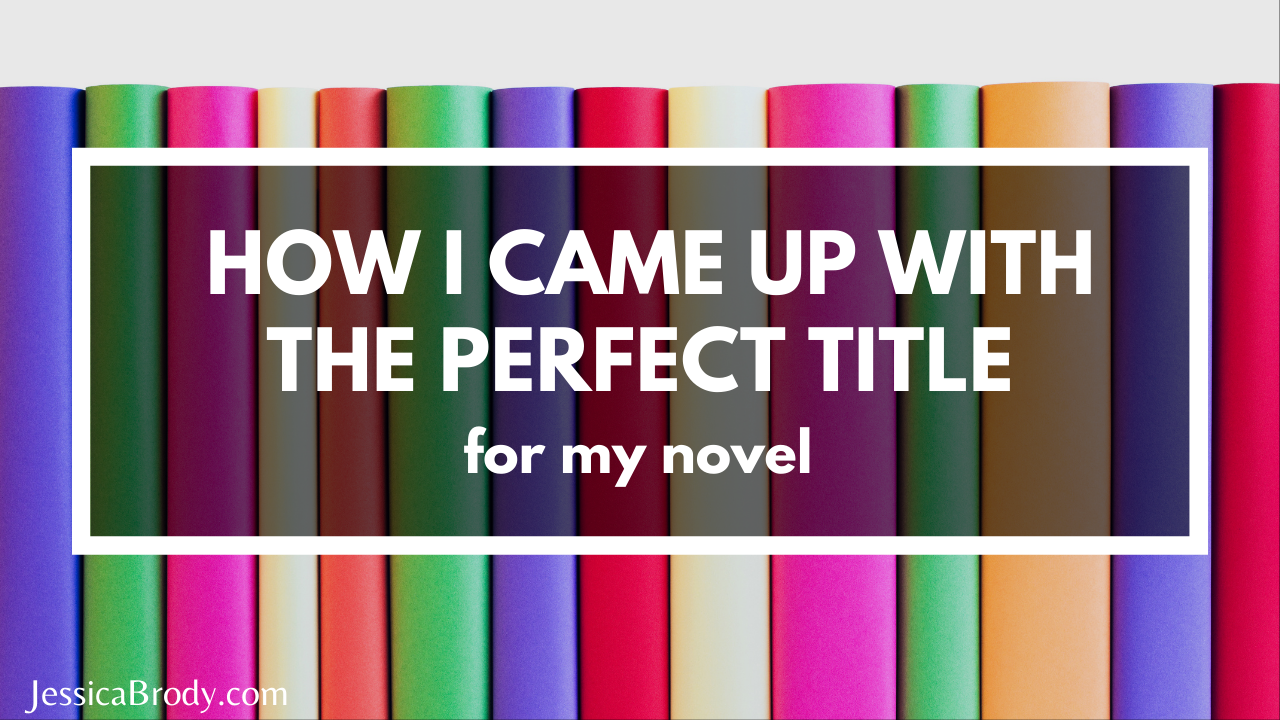 Coming up with the perfect title for your novel is no picnic. Especially if you’ve been working on the story for months and you’re so close to it, it’s nearly impossible to see it objectively.

That’s what happened to me with my latest middle grade novel, so I thought I’d write a post that breaks down exactly how I conquered this beast of a task and came up with the perfect title for the novel.

Now, I did write a blog post a few years back called “Find the Perfect Book Title in 5 Easy Steps” which breaks down a book titling game I came up with, and I did actually use this game when titling my current book, but I found there were a few more steps involved, so I’m detailing them out here so you can see my whole process from start to finish and hopefully use it (or parts of it) when it comes time to title your own novel.

Step 1: Write a synopsis of the book

Because I was so close to the story (I’ve been writing and revising it for over a year now!), it was hard for me to zoom out and see the story from a higher level. I was still seeing the trees and not the forest. But in order to give a story a title that really captures the whole book, you have to be able to see the wholepicture. So I forced myself to sit down and write out a fairly rough two-page synopsis. (If you want to read it, I’ll link to it here). This reminded me of what the story was really about and what were the most important elements of the plot and character arc.

We tend to get really focused on one area of the manuscript (especially when revising) and forget what the bigger picture stuff is. This set me on the right path to finding titles that represented the story as a whole.

The next thing I did was create multiple word clouds for the book. I actually used the built-in word cloud feature in Fictionary but you can use any word cloud program. I chose to create a cloud for every single chapter of the book instead of the book as a whole because it allowed me to focus on commonly used words at key moments in the story (like around the Fun and Games beat which is where the promise of the premise typically appears).

The word cloud was fantastic for helping me identify words and concepts that I use regularly throughout the novel. And there were plenty in there I didn’t even realize were appearing so often! Here are the top words that I pulled from my cloud.

Once I had some key words and concepts, I started my book titling game. If you want more information about the game, you can read the post here. But essentially, you start pairing words together at random and using those pairings to jump start your title brainstorm.

Just from playing this game, I got the following title options:

The other great thing about writing the synopsis (see step 1!) was I was able to use it to solicit help. I sent it off to two author friends and asked if any title ideas came to mind when they read it. These are some of the options they came up with:

Me, Myself, Amelia
Introducing Amelia
Split Three Ways
The Trouble with Being Me
Will the Real Amelia Gray Please Stand Up?
Amelia in Three Acts
Amelia Gray, Triple Threat
Me, Me, or Me
Three Times Me
All Three of Me
Me Times Three
All Three of Me

So, my list was definitely growing! And I already liked many of the titles I had, but what was really exciting was all the new ideas that were springing forth from the existing ideas. Many of these titles took me down new brainstorm paths, into new wells of inspiration. I found myself googling song lyrics (particularly songs with the word “summer” and the word “three”), and popular phrases and idioms with the same words. I even found myself on a particularly fun rhyming trend (finding titles that rhymed, particularly with the name “Gray” and the word “Three”). This really expanded my brainstorm. Just look at some of the titles I got from this step!

Step 6: Step Away and Come Back with Fresh Eyes

So, my list was getting really long and they were all starting to blur in my mind. So I took a few days away from the titling project so I could come back with fresh eyes. It really helped! Almost immediately, when I looked at my list again, certain titles (that I barely thought twice about a few days ago) were suddenly shining brightly while other titles (that were my favorites a few days ago) were suddenly looking kind of blah.

I went through my entire list (which at this point had about 60+ titles!) and bolded all of my favorites. I continued to whittle away until I narrowed it down to my top 20! These were all titles that I knew I would be happy with if they were chosen as the final title, taking a lot of the pressure off of the rest of the process.

Step 8: Get Second (and Third and Fourth) Opinions

I sent my list of 20 to a handful of people, including my editor at Random House who is publishing the book in summer of 2022. I asked everyone to pick their favorites. The  favorites were pretty varied, but these were the top choices:

Me Times Three
Story of My Lives
Amelia Gray is Almost Okay
Will the Real Amelia Gray Please Stand Up?
Three Times a Girl

In the end, my publisher made the final call and the title is…

So there you have it. Quite the ordeal to come up with a title, but we all know how important titles are! And in the end, I can breathe a huge sigh of relief knowing I did everything I could to make sure the title was just right.

I hope this inside look at my process gives you some inspiration for your own titling adventures!