Meet Jessica Brody and Joanne Rendell on (Virtual) Tour for Between Burning Worlds! 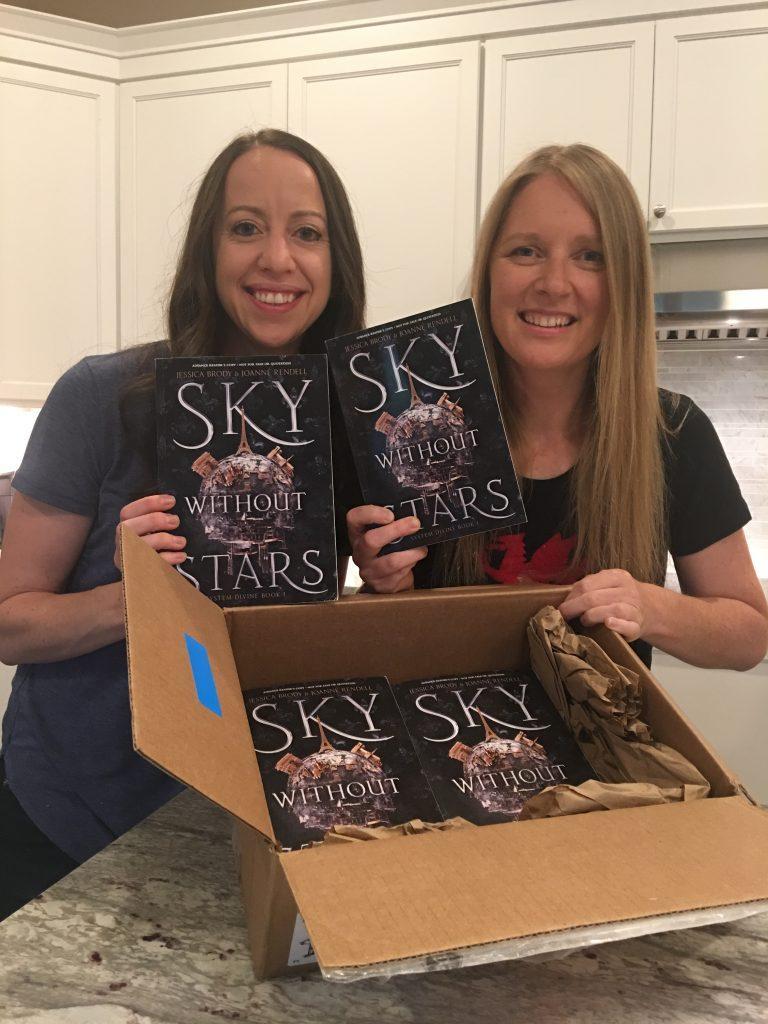 Due to public health concerns, we sadly had to cancel all of our in-person events for the release BETWEEN BURNING WORLDS, but we’re super excited to announce our virtual tour! (Who says social distancing can’t be fun?!) 😉

And the best part about it…anyone can attend from anywhere in the world! We hope that will be you!

We’ve structured the events to feel as close as possible to a real-live bookstore event.

Here’s how it works:

**If you already uploaded a receipt for the pre-order offer, you WILL need to upload the same receipt again in the form below. 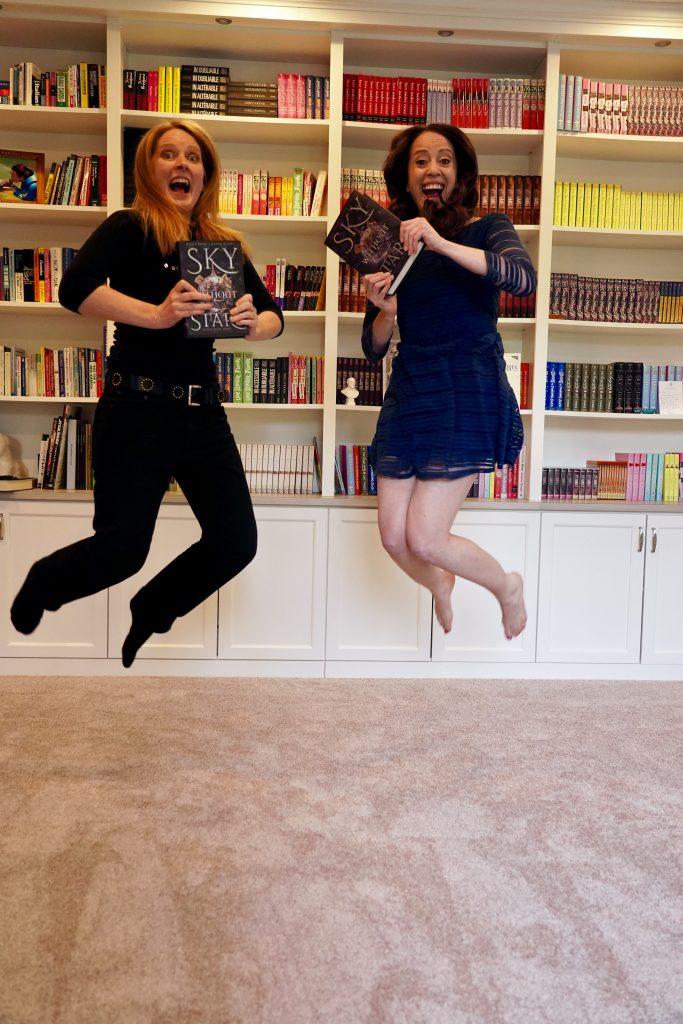 Between Burning Worlds Release Party on Instagram Live
(OPEN TO ALL!)

Upload your proof of purchase below and choose which event you’d like attend!

ALL copies from the first printing will feature a Deluxe Edition of the hardcover with one of two gorgeous secret hidden covers! Which one will you get? 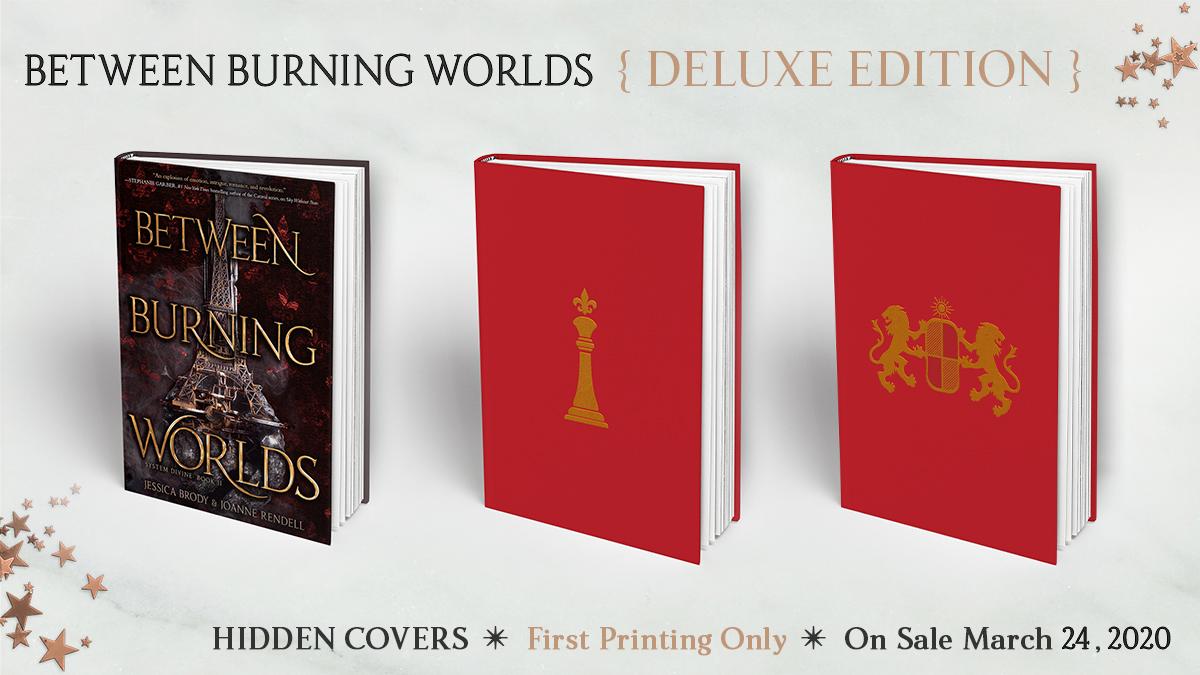 ABOUT THE BOOK: BETWEEN BURNING WORLDS 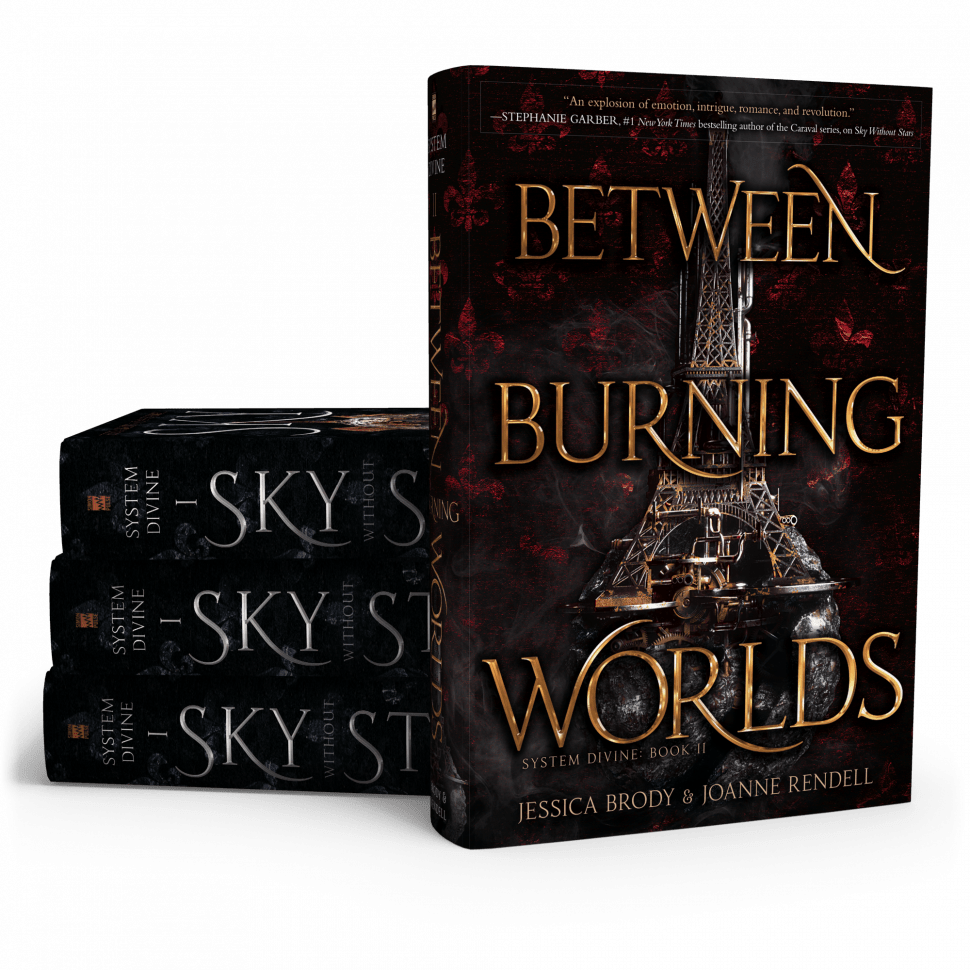 IS THE TOUR OPEN TO INTERNATIONAL READERS?

Yes! Everyone is welcome from any country! But you do need to purchase a hardcover copy of the book and reserve your seat in order to attend one of the Meet and Greet events.

IF I ALREADY PRE-ORDERED THE BOOK AND UPLOADED MY RECEIPT, DO I NEED TO UPLOAD IT AGAIN?

Yes, since we are keeping track of preorders gifts and virtual events in different systems, please upload your receipt again using the form above.

IF I ALREADY PRE-ORDERED THE BOOK, DO I NEED TO PURCHASE A SECOND COPY TO ATTEND ONE OF THE EVENTS?

Absolutely NOT. Your pre-order is good for claiming the pre-order gift AND reserving a seat at one of the events. Just be sure to upload your same receipt again in the form above.

HOW DO I ATTEND ONE OF THE MEET AND GREET EVENTS?

All of the Meet and Greet events will take place on a video meeting platform called Zoom. After uploading your receipt and choosing an event in the form above, you should get an email with a link to join the event on Zoom,. If you didn’t get an email from us within 12 hours after uploading your receipt, please check your spam folder first, then contact us using our website contact form.

I WANT TO ATTEND BUT I DON'T WANT TO BE ON CAMERA. IS THAT OKAY?

PLEASE NOTE: Anyone who turns on their camera during the event will be visible to the other attendees  (up to 20 people, plus the authors.)

WHAT IF THE EVENT I WANT IS ALREADY FULL?

In order to give everyone a personal, “bookstore-style” experience, and allow everyone to ask questions, we are limiting the events to 20 people. That means the event you want may not be available. We will be monitoring the number of seats carefully and may open up more events if necessary. But in the case that your first choice event time isn’t available, we hope that you can find another time that works.

CAN I RESERVE A SEAT FOR A FRIEND?

Yes! But, in this case, two books will have to be purchased. And we ask that you fill out the form above for each seat you would like to reserve so we have an accurate headcount of attendees. (If you purchased multiple books on one receipt, you can upload the same receipt with each submission.)

CAN I ATTEND WITH MEMBERS OF MY FAMILY?

CAN I PURCHASE AN EBOOK OR AUDIOBOOK COPY TO ATTEND AN EVENT?

Because we are trying to keep this format as close to a bookstore experience as possible (and support stores that sell physical books), we are limiting this opportunity to hardcover copies only. Thanks for your understanding.

Although copies can be purchased from any retailer to be eligible for our Author Meet and Greet events, we always recommend you purchase your books from a local independent bookstore to help support local business and your local bookseller community. Now, more than ever, they need our support!

Find an Indie Bookstore Near You! »

When you shop at an independently owned business, your entire community benefits: