Books, courses, writing tips and other resources to help take your writing to the next level 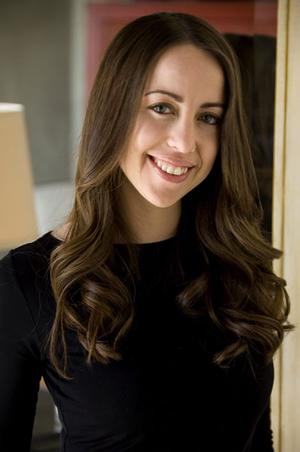 Hello, I’m Jessica Brody, author of the #1 bestselling writing guide, Save the Cat! Writes a Novel, as well as over 20 novels.

I love doing whatever I can to help writers, which is why I created “Writing Mastery,” a collection of  resources to help writers achieve their goals and take their writing to the next level.

On this page, you’ll find a ton of tools and tips for writers, including books, online courses, blog posts, access to free monthly writing tips, and more! I hope you find it helpful.

Save the Cat! Writes a Novel is first novel-writing guide from the best-selling Save the Cat! story-structure series, which reveals the 15 essential plot points needed to make any novel a success. 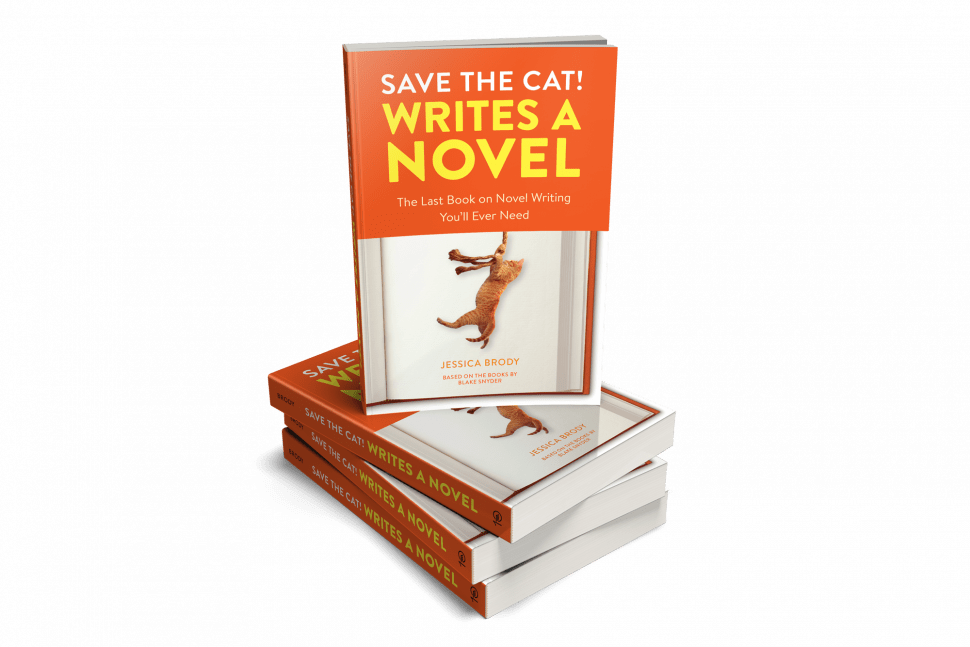 And now you can get unlimited access to my entire course library for only $15/month through my Writing Mastery Academy. That’s 100+ hours of video content to help you break through challenges and achieve all your writing goals.

Save the Cat! Novel Writing Course

OFFICIAL SAVE THE CAT! COURSE
Discover the secret storytelling code behind all great novels and use it to outline, write or revise your own

Learn the fastest, most efficient way to write novels (and finish them every single time)

Learn a time-tested, step-by-step revision process for taking your novel from first draft to final draft

Master the foundations of compelling fiction and use them to craft killer novels, memoirs, or short stories

Learn to "hack" your brain, space, and devices to stay focused, be more productive, and get the most out of every writing day

Learn to create fully fleshed-out, dynamic characters and how to reveal them to the reader in a way that grabs their attention and captures their heart

Proven strategies, techniques, and tools to overcome writer's block (for good!), and become a Prolific Writer

Sell Your Novel to a Major Publisher

A comprehensive, step-by-step insider's guide to selling your book and becoming a paid, published author

I love writing about writing! Check out the latest writing-related posts from my blog! 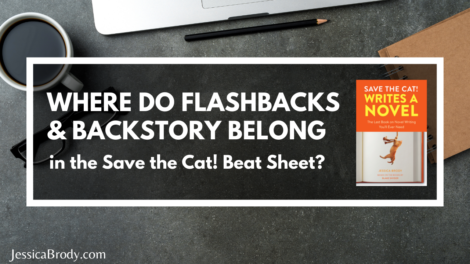 Where Do Flashbacks and Backstory Belong in the Save the Cat! Beat Sheet?

Flashbacks and backstory can be extremely useful storytelling devices that give your reader important information about the history of the world, a character’s past, and 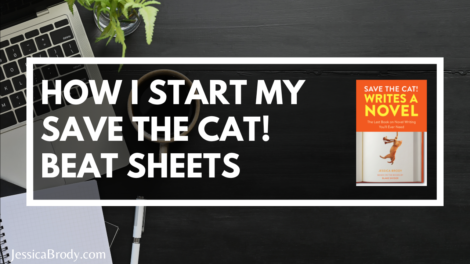 How I Start My Save the Cat! Beat Sheets

“How do you approach the beat sheet?” There’s a question I get asked a lot. Logically, you might think I start with the Opening Image 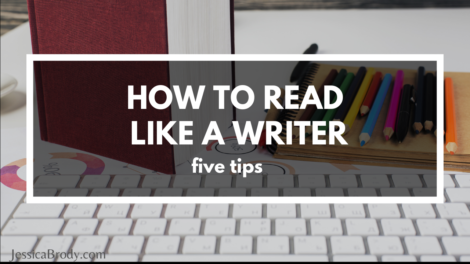 It’s no secret that one of the best ways to become a better fiction writer is to read lots of fiction. But I think it 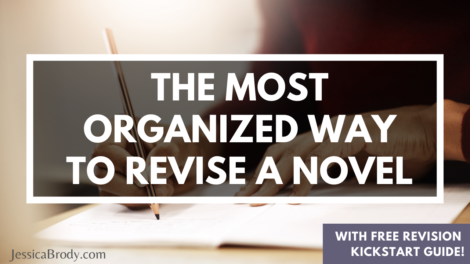 So, you’ve written a first draft of a novel. Now what?  If you’re like most writers, the thought of revising your first draft (especially if 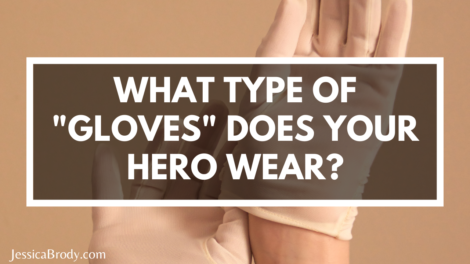 What Type of “Gloves” Does Your Hero Wear?

I’m currently enrolled in a mindfulness course that introduced me to a wonderful passage from The Book of Awakening by Mark Nepo. As the instructor read it 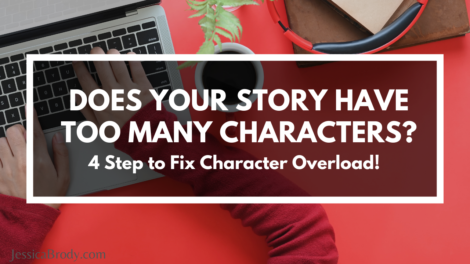 Does Your Story Have Too Many Characters? (4 Steps to Fix Character Overload!)

And as a free gift for signing up, we’ll automatically send you a digital copy of the “Save the Cat! Writes a Novel Starter Kit!” (an introduction to the 15 beats of the Save the Cat! method + 3 full beat sheet breakdowns for popular novels!) 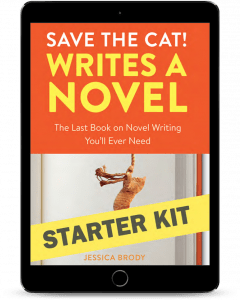 By entering your email address, you agree to receive the requested information, the Writing Mastery Newsletter and special offers in accordance with our Privacy Policy.

I often post free writing tips on YouTube covering topics from writer’s block to NaNoWriMo to tips on surviving the publishing industry! Below are a few of my most popular videos.

Feeling unmotivated? Plot problems getting you down? 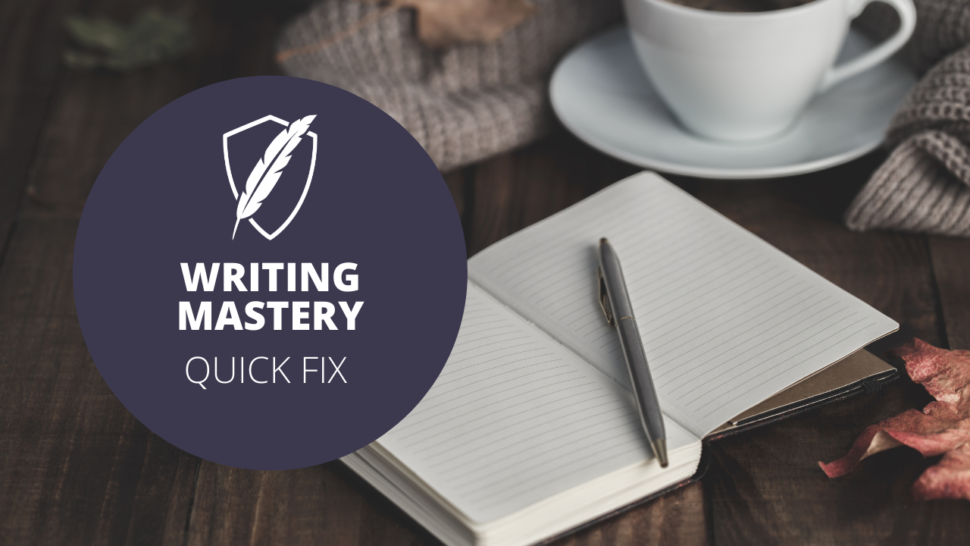 By entering your email address, you agree to receive the requested information, the Writing Mastery Newsletter and special offers in accordance with our Privacy Policy.

Here’s a list of other writing resources and tools that I recommend:

Do you have any general advice for aspiring writers?

Don’t be afraid to write badly. All writers have awful first drafts. That’s why they’re called first drafts. Sometimes you have to just get through the story before you can make it pretty. I think a lot of new authors quit halfway through the book because they’re afraid that it’s not good. The first draft won’t be good. Just finish it and fix it later. The hardest part about writing a book is getting to that last page. Don’t be afraid to write crap. Crap makes great fertilizer.

Do you have any recommendations for improving plot and/or story structure?

Yes! I use a method called Save the Cat! for outlining all of my novels. (Which essentially breaks down any story ever told into 15 beats or plot points.) It was originally created for screenwriters by Blake Snyder but I’ve adapted it for novels. I even have a non-fiction book all about how to use this methodology to outline a bestselling novel. You can find out more about Save the Cat! Writes a Novel here and also download a FREE Save the Cat! starter kit!

What advice do you have for a writer who's just starting out? Either trying to write a novel or trying to get one published?

Well, there’s certainly no short answer here. I’ve learned a lot since I first started trying to get published. In fact, I’ve put all my knowledge into a comprehensive online course called Sell Your Novel to a Major Publisher. Learn more about it (and my other online courses) here!

Do you recommend finding an agent first or just going straight to publishers?

Although there is no one, sure route to getting traditionally published, there is one, much-more-traveled route and that’s working with an agent. It’s how I sold my first manuscript to St. Martin’s Press and it’s how every single one of my author friends found their publishing success as well. So I would definitely recommend finding an agent first. And here’s why: Agents serve as the “filters” of the publishing industry. They read everything and filter out the stuff they think will sell so editors don’t have to. So when an editor receives a submission directly from an agent, as opposed to from an author, they know that agent spent many hours sifting through submissions before they found something that they thought was really good. And this makes the editor much more excited and eager to read it.

Not to mention the fact that most major publishing houses these days will NOT accept unsolicited material (meaning, manuscripts not originating from an agent) and even if you do happen to get it into the hands of an editor, most likely your manuscript will end up in a large pile (referred to as the “slush pile”) along with tons of other manuscripts that have been labeled, “will read when I get around to it”. Well, it could be months, maybe even years before that happens. On the other hand, when an editor receives a manuscript from an agent, they know that manuscript is probably in the hands of several other editors around town and the whole “snooze you lose” concept rings in the back of their mind. Not wanting to miss out on the “next big thing,” they’re going to rush to read it and make it a priority.

To put it in perspective: It took me two years to finally find an agent to represent The Fidelity Files and once I did, she sold the manuscript in 10 days. That’s the difference an agent makes.

For more on finding agents, writing query letters, and selling your book to a major publisher, check out my online course!

How do I go about finding an agent?

I would recommend purchasing a membership for an online agent directory like QueryTracker.net. It’s easy to use, and has a lot of great features. There are free and paid versions, that both allow you to access the full database of agents, a writers forum, tips about query letters and the querying process, and the submission tracker tool. I recommend the QueryTracker.net premium subscription, so you can easily search the extensive online database of literary agencies using various criteria.

You can also use an agent directory in book form like, Guide to Literary Agents. If you don’t want to purchase a copy, these books can often be found in libraries as well.

Start making a list of agents that would be a good fit for your material and start querying! Remember, though, it’s a numbers game. Of 100 queried agents, you might find 10 who want to read your manuscript. Of those 10, one might want to represent you. If your results are not positive at first, keep querying and try not to get discouraged. If all of the responses are coming back with similar feedback (or no feedback at all!), it’s time to either tweak your query letter or tweak your manuscript (see question 1)

Find out more about how to write a query letter and research agents in my online course, Sell Your Novel to a Major Publisher!

How do I write a query letter?

This is another long answer that I just can’t go into in full detail here. Please check out my online course, Sell Your Novel to a Major Publisher, for all the details about query letters, querying agents, signing your first book contract, and much more!

Can I send you my manuscript to read?

I’m sorry, but I can’t accept any manuscripts for legal reasons (my laywer would have my head!). If you are a published author and would like me to blurb your upcoming book, please contact my agent: Jim McCarthy at jmccarthy@dystel.com

Would you be willing to speak at one of our writer's events/panels?

If I can fit it into my schedule, I would love to! Please contact me through my booking form.