Fans of Disney’s Descendants! Check out Jessica’s new original book series, SCHOOL OF SECRETS, published by Disney Press, based on characters from the Descendants world! 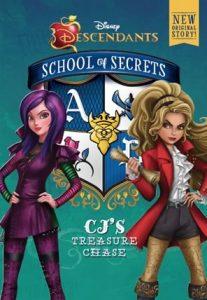 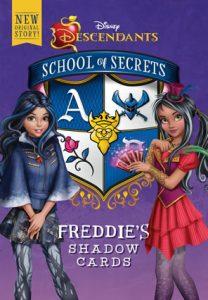 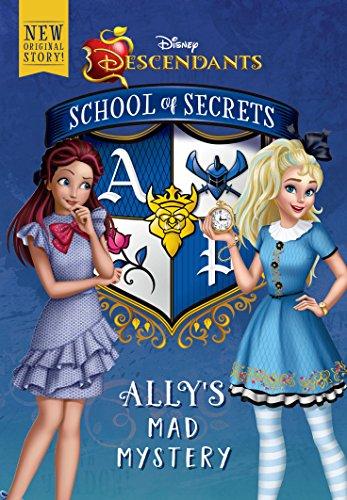 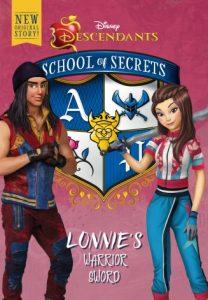 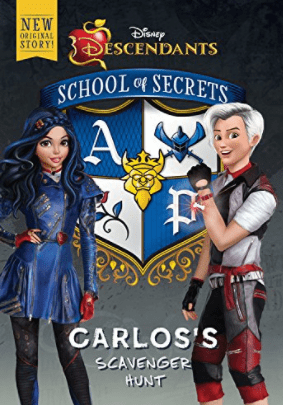 CJ is the daughter of Captain James Hook.
She’s fierce. She’s swashbuckling. And she has big dreams. . . like finding the treasure she’s known about since she was a little girl stranded on the Isle of the Lost.
When CJ sneaks out of Auradon Prep with her best friend, Freddie, they go on a wild chase to find it.

Freddie is the daughter of the infamous witch doctor, Dr. Facilier.
She’s got voodoo in her blood, a deck of Shadow Cards in her hands, and a song in her villain-kid heart.
When Freddie’s dreams of joining the acapella group at Auradon Prep fall apart, she uses her Shadow Cards to get her way…
But dark magic always comes with a price.

Ally is the daughter of Alice in Wonderland.

She’s quirky, she’s funny, and she loves solving a tricky mystery. When strange things start happening at Auradon Prep that threaten the school’s big Spirit Weekend, Ally is determined to find who’s behind the madness. Will she be able to figure it out in time, or will the clock run out on her?

Lonnie is the daughter of Mulan.

She’s strong. She’s fearless. And she’s willing to fight for what she wants…like the very special sword that once belonged to her mother. When Lonnie brings her friends Jay and Jordan on an forbidden trip to Imperial City to get it, she must prove she’s a true warrior.

Carlos is the son of Cruella De Vil

He’s thoughtful. He’s sweet. He’s kind. But when Carlos joins up with Evie and Jane for the Auradon Prep Scavenger Hunt, he decides it’s his chance to prove that he’s more than Mr. Nice Guy–that he’ll do whatever it takes to lead his team to victory….even if it means using his newly discovered magic to win the coveted prize.

Are you on Instagram? Make sure to tag your photos of the “School of Secrets” series with @jessicabrody & the following hashtags: #JessicaBrody & #SchoolOfSecrets