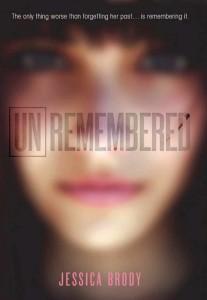 For the past NINE months I’ve had to keep this big news a secret and now I’m elated that I can finally shout it from the rooftops!!!

UNREMEMBERED IS HEADED TO THE BIG SCREEN!

The wonderful producers of the Vampire Academy movie as well as the producer of Zero Dark Thirty, Life of Pi, and Slumdog Millionaire are taking my little baby book and adapting it as a film! And I couldn’t be more thrilled! I’m so excited for all the amazing things they have planned for it!

Here is the exclusive on the deal from the Hollywood Reporter!

They’ll be lots of steps between now and the release of the movie so be sure to follow the official Unremembered Movie social media sites  to stay updated on the latest news from the producers.

Thank you SO much to all the readers who got behind this book and made a splash in the book world. Now let’s make a splash in Hollywood! What do you say???